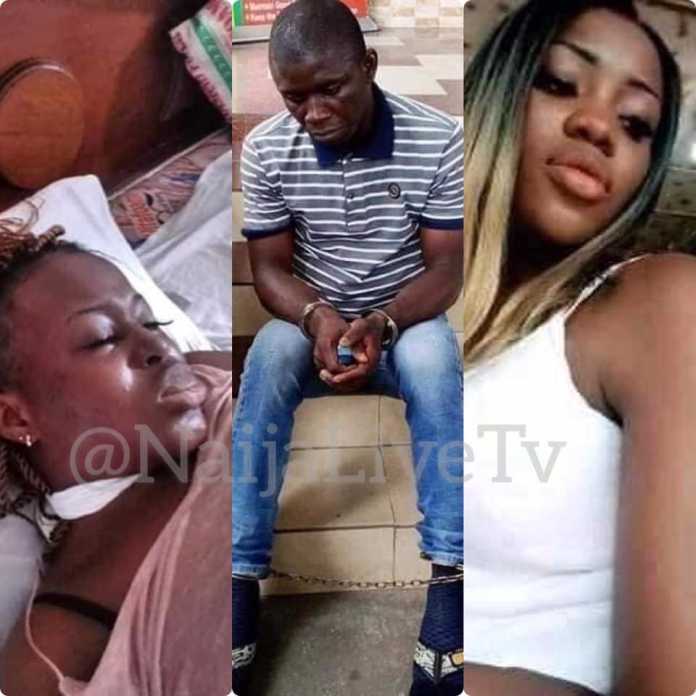 West, who hails from Buguma in Asari-Toru Local Government Area of Rivers State, confessed that he killed five women in Port Harcourt, one in Ikeja and another in Owerri and survived on the money he stole from the victims’ ATM cards.

He made the confession on Friday, while being paraded by Mustapha Dandaura, Commissioner of Police, Rivers State Police at the police’s headquarters.

On the motive behind his actions, he said: “I don’t know what comes over me to kill. After I have killed, I feel remorse and cry for killing, but after that, the irresistible urge to kill comes over me again. I kill alone.”

About belonging to a cult group, he “I was a member of the Degbam Cult group, I have since repented. I am not killing for any cult group. I just kill. I don’t know what comes over me to kill.”

Speaking about how he has been surviving, he said, “The first woman I killed in one of the hotels in Ikeja had about N85,000 in her account. Before I strangled them after love making, I use the knife to cut the hotel bedding into a semblance of a twine which I used to bind their hands and feet, and also use the knife to threaten them.

“The kitchen knife was sold to me by an Aboki. I threaten that if they raised the alarm, I will kill them with the knife. Out fear, they kept quiet while I raised the volume of the television set in the hotel room to prevent any noise from my room. I never killed with the knife.”

West also revealed that before he killed his female victims, he insisted on knowing their account balance and ATM pins.

“After strangulating them, I steal their ATM cards, empty their accounts from any nearby ATM machine and move on. It is not all the girls I slept with that I kill. I only kill whenever the irresistible urge to kill overwhelms me. l don’t have a house. My mother died through poisoning from her mate and I am homeless. I sleep in hotels.”

He also revealed that the phones he stole from his victims were sold to a customer in Waterlines Junction, off Port Harcourt/Aba Expressway and another buyer around MTN office by Oil Mill Market in Port Harcourt.

West also confirmed that he was one of the ex-militants rehabilitated by the Omega Power Ministry, OPM, that secured a job for him a the Federal University of Science and Technology, FUTO, Owerri, through the Church but bolted with students’ properties.

The suspect, who at a point broke down in tears told Journalists that he tried to seek spiritual deliverance from Christ Chosen Church, which was in Salvation Ministries, but to no avail because he could not secure accommodation to follow through.

However, Dandaura disclosed that his insistence on hotels in the state to install Closed Circuit Television Cameras, CCTVs, Port Harcourt had yielded results.

He vowed that the Police, under his Command would fight crimes headlong in the state, adding that with joint operations with the army and other security agencies, the killings in Ogoniland was dropping, while “I have stabilized East-West road, the Elele-Owerri road.”

Dandaura called on political gladiators in the state to come together and move the state forward and that the command under him would be non-partisan in the discharge of its duties.

He stated that “The suspect is definitely not alone in these killings, though he had made useful confessions, but the command will go beyond his confessions to ensure that a conclusive end is achieved that serves the interest of Justice.”

He said so far, three suspects were in Police custody and were being investigated in connection with these killings, assuring that they would be paraded as soon as investigations were concluded.