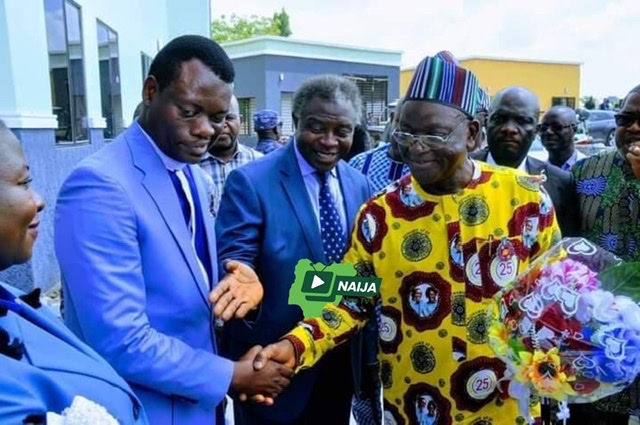 Governor Samuel Ortom has said he did not want to contest the 2019 elections because of the insults he was receiving.

Ortom, who was reelected two years ago, said this when he commissioned a mega Pentecostal Church, the Remnant Christian Network Embassy’s new edifice in Makurdi, the state capital.

He said he had to fast for three months, adding that God gave him the directive to seek reelection.

“In 2017, I concluded that I will never contest the second term as allowed by the Constitution of the Federal Republic of Nigeria and because of the insults I received from Benue people and how I was vilified.”

“Even some members of the church joined forces with those who do not know God and I was pained in my heart and I said ‘God, you brought me’ and I said I was not going to contest in 2019 election.

“That night, God rebuked me and told me. ‘I’m not done with you. I brought you, I have not rejected you, when people reject you, I am still with you.’

“I fasted for three months, I did a case study on the life of Moses in the book of Exodus in the Bible and at the end, God told me, don’t be like Moses who could not get to the Promise Land, have faith in me and I will see you to the end,” he said.

Ortom admonished those who dedicate their time in castigating him to beware because he is God’s anointed.

He said even if goes wrong, the people ought to pray for him, and not criticise him unjustly.

“I don’t want you (Benue people) to face the wrath and the judgement of God by insulting God’s own anointed. Even if I am doing the wrong thing, you have a duty to pray for me. It is not to castigate and insult me and join people and saying Ortom is buying all landed properties,” he added.

Ortom fetes bus driver who once employed him as conductor

VIDEO: Buhari Is Pushing Me To Believe What Nnamdi Kanu Said in 2014 is True – Gov Ortom Blows Hot Again

Fanwo Splashes N680k on Students who excelled in...