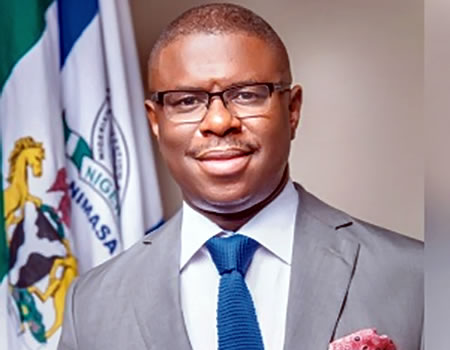 The former Director-General of the Nigerian Maritime Administration and Safety Agency (NIMASA), Dr. Dakuku Peterside, appeared shocked by the reality of his sudden removal from office, just as his close aides have continued to lament the development.

Few days to his sack, sources close to Peterside informed www.weetalknaija.com.ng that Peterside was aware of the oncoming event, although he was confident of being returned to office based on his bond with Amaechi who is believed to have the ears of Aso Rock powers that be. He reportedly gave an instance of his close brush with death five years ago while campaigning independently for the election of Buhari as president around Rivers towns.

Aside the statement credited to Amaechi, the current transport minister in Buhari’s government, that Dakuku should have been left to serve out his tenure which expired on Tuesday, March 10, 2020, Rivers APC top members have also allegedly condemned Peterside’s premature sack.

Before President Buhari confirmed Jamoh’s appointment, inside sources said, appeals had been made to the President to consider reappointing Peterside whom they claimed ”worked with his heart for Rivers voters to accept Buhari’s candidacy both during the 2015 and 2019 presidential elections”.

”Dakuku Peterside did his best for Buhari and Nigeria as a whole. He made sacrifices to the progress of APC all over Nigeria, and the ingenuity which he has brought to bear, in making NIMASA a global brand; if the words of President Trump that “merit should count in appointments” is relevant, then not reappointing Dr Dakuku Peterside, leaves much to be desired,” stressed, Nwaorgu Faustinus, a close aide of the former DG.

The aide, in a statement, added that, with from all the feats reportedly recorded by Peterside, he deserved being reappointed, as ”he would have lost his life while campaigning for Buhari in 2015 at Okirika in Rivers State, when his campaign team was ambushed by those who never wanted Buhari to be elected the President of Nigeria”.

”Though, it is within the ambit and constitutional right of Mr. President to appoint whoever he deems fits, but if merits and sacrifices still count in appreciating party faithful, then dropping Dr Peterside before his term runs out is not a good sign for the survival of APC,” Faustinus notes.