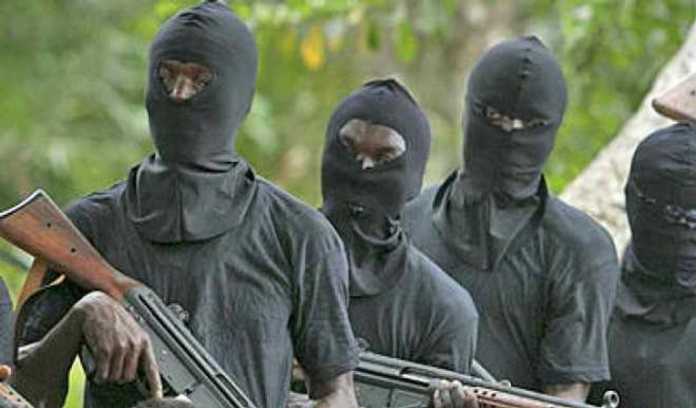 The six gunmen were reported to have shot the deceased in the rib while trying to escape after carrying out a raid in his compound, NAIJA LIVE TV can report.

It was learnt that the hoodlums also terrorized other residents of the community.

When contacted for comments, the Delta State Acting Police Public Relations Officer, DSP Edafe Bright confirmed the report in a telephone chat with our correspondent in Warri.

The Police image maker said the gunmen may have mistaken the deceased for a policeman in their bid to escape from the area.

He said, “He was shot in the rib and he died in the hospital.”

He promised that the Police was doing everything possible to arrest the culprits involved in the attack.

We’ve Not Selected A New Olu Of Warri – Ayiri, Ologbotsere Of Warri

Hoodlums Kill Woman In Lagos On Husband’s Birthday, Use...