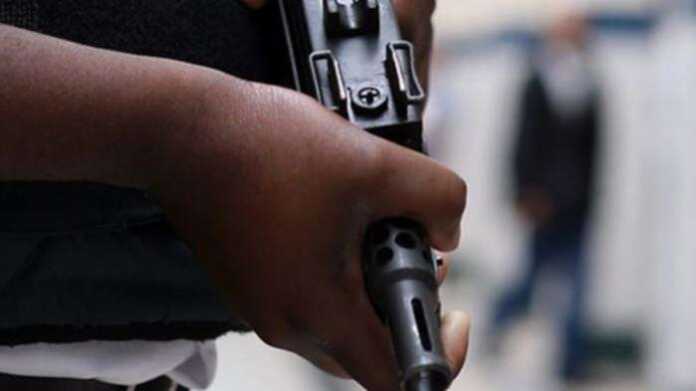 Unknown gunmen on Saturday evening kidnapped five members of a family returning home to Anambra State from a wedding ceremony in Abia State.

The family was travelling in a black Toyota Camry car when it was attacked around Okigwe in Imo State.

Those kidnapped include the father, Okwudili Okonkwo, his wife, son and two other relatives.

On Saturday night, the kidnappers released the mother and her son, Chidinma Okonkwo, to go and find N30 million for payment as ransom for the release of the three others.

“My dad, My mum, my cousin, my uncle and I were kidnapped yesterday by gunmen around Okigwe area of Imo State as we were returning from my cousin’s wedding around 5 p.m. My mum and I were released and told to get N30 million ready by today.

“Please any assistance form @PoliceNG or other armed forces will be appreciated. Anybody that can be of help in any way please contact my brother on 08066096887. Please help tag as many people as possible to retweet until they’re found,” the younger Mr Okonkwo wrote on Twitter.

One of the members of the same family, Chukwudi Okonkwo, who spoke with newsmen on Monday, said the kidnappers released his brother and mother around 10 p.m. on Saturday.

However, he said the kidnappers called earlier on Monday to request one million naira only as ransom for his father.

“The update was so that they could release my dad. And that’s what we have been trying to raise since morning,” he said.

As of the time of filing this report, the family said it had raised over N400,000 from donations from friends and sympathisers on social media.

Asked about efforts from the security operatives, Okonkwo said they had reached out to police officers in different stations but none was forthcoming.

“I cannot count the number of police officers I’ve called between Saturday and now. Nothing from them at all,” he said.

The spokesperson of the police in Imo state, Orlando Ikeokwu, was yet to respond to newsmen enquiries after he demanded that an SMS should be sent.

Kidnapping has been on the rise in recent times, compounding Nigeria’s security challenges.

On Saturday, a priest from Owerri Catholic archdiocese, Marcel Onyeocha, was kidnapped.

Onyeocha, a professor of Philosophy at Imo State University, Owerri, was later freed by his abductors in the early hours of Monday, The Punch reported.

According to the newspaper, he was dropped off at Ihube axis on Enugu-Okigwe Expressway, in the same axis he was kidnapped on Saturday