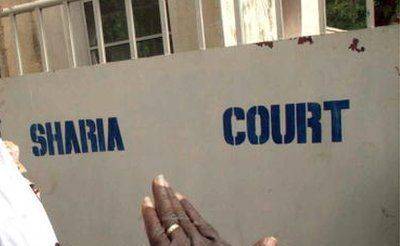 Pro-democracy and human rights group, Concerned Nigerians, has condemned the sentence to death by hanging of a Kano-based musician, Yahaya Sharif-Aminu, over alleged blasphemy against Prophet Muhammad by a Sharia court.

The group in a statement by its spokesperson, Theophilus Abu Agada, said, “The death by hanging of Yahaya Sharif Aminu for blaspheming against Prophet Muhammed is repulsive to natural justice, equity and good conscience and a gross violation of his rights to freedom of thought, conscience, religion and expression.

“We condemn in strong terms the death sentence by hanging to a Kano-based artiste, Yahaya Sharif-Aminu, for blaspheming against the Prophet Muhammad.

“The injustice faced by non-religious and even religious people in some parts of Nigeria is unbecoming. Every Nigerian, irrespective of their belief, should be allowed to practice whatever they believe without being arrested, detained and sentenced to death.

“It is hypocritical on the part of religious and political class to always hound vulnerable Nigerians on trivial matters while they commit the most heinous crimes against God and humanity.”

The group argued that the existence of death penalty for blasphemy was a violation of the rights to freedom of thought and expression, pointing out how the injustices faced by both religious and non-religious people alike must stop.

“The arrest and detention of Yahaya is a breach of section 38 of our constitution which states that every person shall be entitled to freedom of thought, conscience and religion, including freedom to change his religion or belief, and freedom (either alone or in community with others, and in public or in private) to manifest and propagate his religion or belief in worship, teaching, practice and observance,” the group added.

It is fundamental that the Nigerian Government, Kano and other states in Northern Nigeria take into cognizance, section 10 of our constitution which states that “Government of the federation or of a state shall not adopt any religion as state religion”.

Yahaya by law has not committed any crime against the state or any person or group of persons to warrant a death sentence by hanging, Concerned Nigerians further stated.