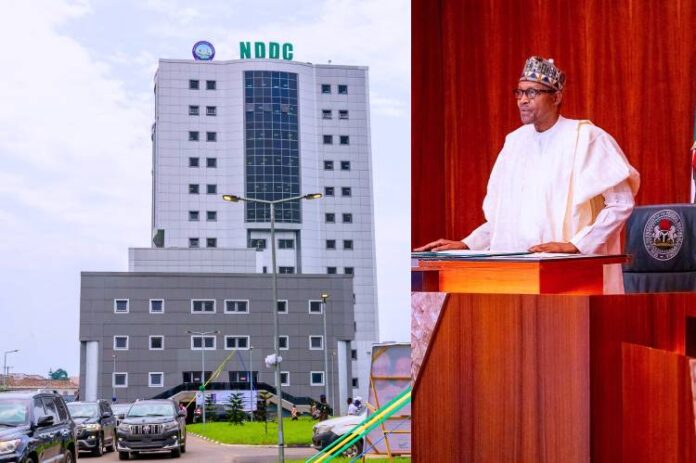 A Niger Delta stakeholder’s group, Niger Delta For Accountability and National Progress, has called on President Muhammadu Buhari to immediately inaugurate the NDDC board vetted by the security agencies and confirmed by the senate two years ago in order to avert crisis in the oil rich region.

In a statement signed the coordinator Mr. Seiyefa Miepoikumo, noted that for the sake of fairness, the President should complete the process he started two years ago by inaugurating the board of directors he personally nominated and submitted to the National Assembly for confirmation.

The statement pointed out there is no need constituting a new board when the one already screened and confirmed by the senate is made up of capable professionals of impeccable characters.

The board confirmed two years ago, it added remained the best option as can be attested to by the wide acceptance it got from the Niger Delta and applause for the presidency for doing the right thing, there were no voices then negating Mr. President’s action.

The group noted that the current tension and situation in the region is as a result of the avoidable and dangerous politics of certain actors, the NDDC it said came into being from the collective sacrifices of the Niger Delta people devoid of the politics of party affiliation, it also noted the prevalent poverty in the region that provides 90% of the nation’s resources.

We call on President Muhammadu Buhari to stick to his character of disciplinary consistency and action by inaugurating the board confirmed two years ago, by so doing he will be directly responsible for delivering a capable and efficient board and the end sum will be the values of a well run NDDC for the Niger Delta people, peace and consolidation of national progress.

The group wonders why the destiny of the Niger Delta region would be placed in the whims and caprices of politicians who are neither here nor there, that these same politicians were at different times members of other political parties and they contributed zilch to President Buhari’s emergence and relevance, the group advises the president to initiate a process of good faith and confidence with the Niger Delta people for their betterment and the reckons of posterity.

The group believes the region and the country stands to benefit from the inauguration of the already confirmed board, they rhetorically questioned “who’s afraid of the board nominated by President Buhari and confirmed by the senate two years ago?

We have been here before, we’re all too familiar with the dynamics of the Niger Delta, we’re having a situation with the tell tale signs where the current agitation and impulse will deteriorate when not nipped in the bud.