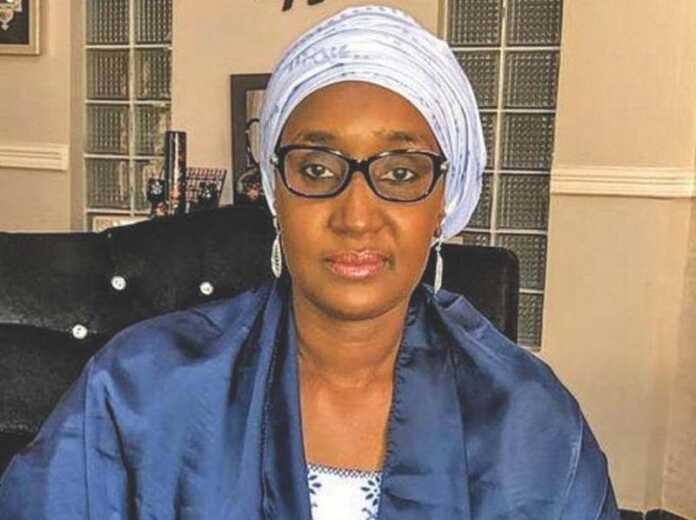 ABUJA– MINISTER of Humanitarian Affairs,Disaster Management and Social Development,Sadiya Umar Farouq,has reassured of government’s determination to rescue Chibok girls from their abductors, insisting that contrary to beliefs in some quarters that no action was being taken by the federal administration,it was determined to get the girls out of captivity.

Farouq said the federal government was working tirelessly to secure the release of the remaining Chibok girls who were abducted seven years ago.

A statement to this effect, Wednesday,by the minister’s Special Assistant on Media, Nneka Ikem Anibeze,said:”The minister made the remark while remembering sad incident of the abduction of hundreds of girls from Chibok Local Government Area in Borno State.”

“Umar Farouq stated that she is deeply grievedby the occurrence and prayedthat the remaining victims will be reunited with their families soon,”the statement said.

It read further:“As the Minister of Humanitarian Affairs,Disaster Management and Social Development, it grieves me to have to mark this 7th anniversary of the abduction of the Chibok girls.

“Our government came into power with a public mandate to control the insurgency in the north east that led to the Chibok girls’ abduction and to fight the corruption that hampered the rescue effort.

“We have achieved a lot, but significant work remains for all levels of government.Half of the Chibok girls have been rescued andreunited with their families and have resumed their education.We will continue working to bring back those left behind”

“The minister noted that Local, State and Federal governments have improved on their response to attacks on schools and are working assiduously to prevent further occurrences.

“I cannot speak openly about the security strategies and measures, but I can assure you thatgovernment holds the safety and security of its citizens as a sacred duty.We are fighting a regional tide of criminality and violent extremism in partnership with others.

“Let me assure the parents of the Chibok girls, Leah Sharibu and other abductees, that this government has not forgotten you.We have heard your demands and the responsible ministries and agencies will respond on behalf of the government.

“All our children deserve an education. Our country needs them to be educated for our development.No one should have to choose between school and safety. We will employ all our efforts to give every Nigerian child the opportunity to rise out of poverty and attain their ambitions through education.”

Recall that on April 14,2014,276 girlswere abducted at night from Chibok Secondary School by terrorists.