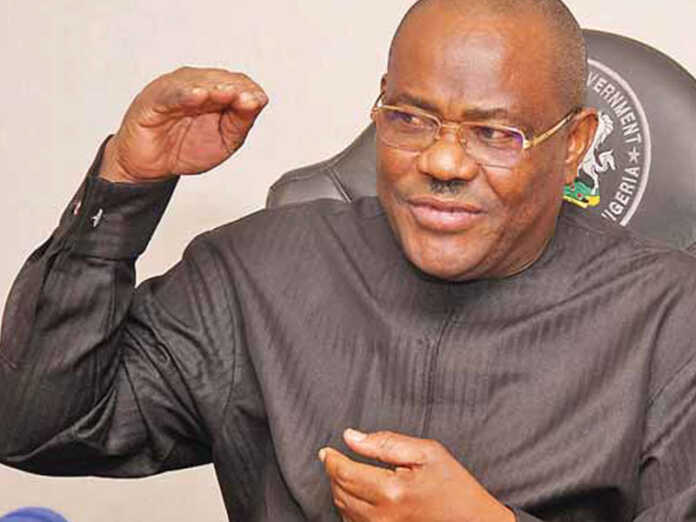 The law school campus in Bayelsa is said to be lacking in infrastructure.

The Rivers State Government has committed N5 billion to the development of facilities at the Yenagoa campus of the Nigerian Law School.

The state governor, Nyesom Wike made the disclosure at the flag-off of construction of two hostel blocks and a 1,500-seat auditorium in the law school on Friday.

Bayelsa State was created out of Rivers in 1996, while the law school was established in 2011.

The governor said he was motivated by the love for his people and education, adding that the projects were aimed at addressing infrastructure deficit in the institution.

The governor of Bayelsa, Douye Diri, applauded Mr Wike for the gesture.

“These projects ought to be federal government projects. The campus and almost all the facilities you are seeing were provided by the Bayelsa State Government.

“We want to profusely thank our sister state for joining hands with us to develop this institution.

“We are happy for your right hand of cooperation and fellowship even as we call on the federal government and those of us from the South-south to nurture this campus to become a reputable citadel of learning,” he said.

Earlier, Abubakar Malami, the attorney-general of the federation, hailed Mr Wike for embarking on the project which, he said, would help to create an enabling environment for teaching and learning.

Mr Malami, represented by the Solicitor-General of the Federation, Dayo Akpata, said that existing law school campuses could only accommodate 6,000 of more than 10,000 candidates seeking legal education yearly.

He called on other state governors to emulate Mr Wike in providing infrastructure for law schools.

Former attorney-general of the federation, Mohammed Adoke, was among the dignitaries present at the event. (NAN)

“Resist imposition of your successor on Rivers in 2023” – MOSIEND urge Gov. Wike