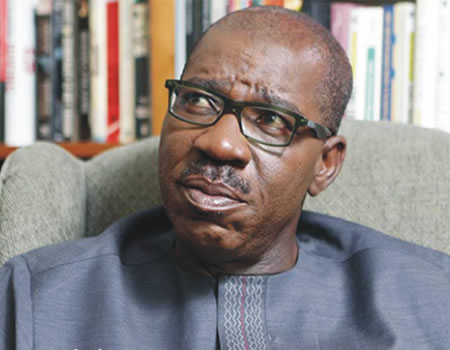 Newsmen gathered that he died in the early hours of Sunday.

He said, “Yes, he died last night. The doctor will tell you the cause of his death,” he said.

Osayande’s death is coming ahead of the planned February 1 workers rally against the planned hike in the pump price of petroleum products by the federal government.

Obaseki, in a statement, said the state was in great grief over the loss of a true comrade and icon of the Nigerian labour movement in the state.

He described the late Osayande as a forthright labour leader who maintained a calm and balanced disposition towards the government, whenever labour disputes arose in the state.

He said this positive disposition made the transformation exercise in the public and civil service in the state seamless.

The governor commiserated with all workers in the state, the leadership and members of the Nigerian Labour Congress and the family and friends of late Osayande.

He prayed to God Almighty to grant the soul of the departed labour leader eternal rest.

PDP is not your personal property, Edo cannot be procured – Gov. Obaseki to Wike