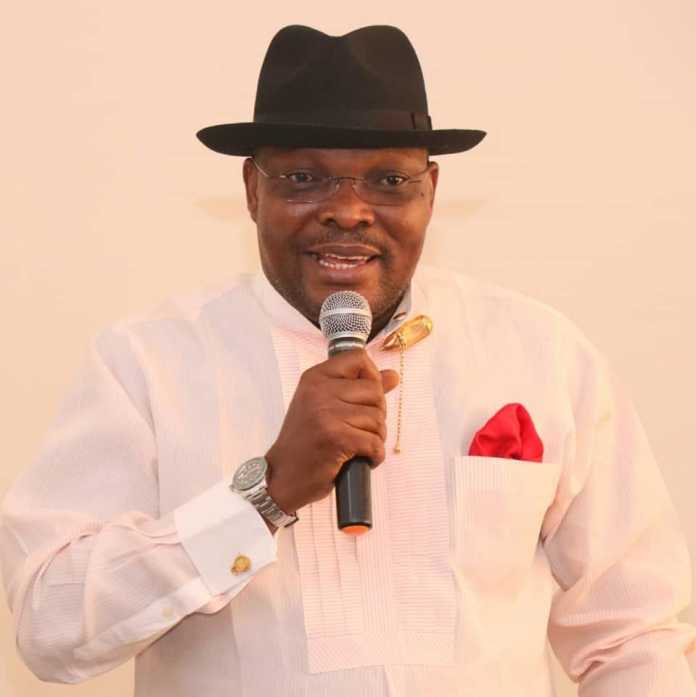 The Bayelsa State Commissioner of Information and Orientation, Hon. Daniel Markson-Iworiso has faulted fierce critics of the eight years administration of Governor Seriake Dickson in the state, declaring that Governor Dickson should be commended and not condemned by the people of the State.

According to Hon. Markson-Iworiso, though many are quick to join the band wagon to criticize Governor Dickson eight years administration, the administration has laid down lasting legacies in the areas of education, good health care, Model Schools, education and Infrastructure across the state that will stand the test of time.

The Bayelsa Information Commissioner, Hon. Daniel Markson-Iworiso, who made this known in Yenagoa during the State Monthly Transparency briefing for the Month of November, said the people of the state will miss Governor Seriake Dickson due to the legacies of development and progress he has laid down in the last eight years.

According to him,” For those who are quick to join the band wagon to fiercely criticize Governor Seriake Dickson, they are making a huge mistake. Governance is not a tea party. Whatever they say is a personal opinion. Let me put it on record that the restoration Government will be talk about for a long time to come.”

““When it is said and done, this government will be one government that we will be proud of at the end of the day.It is sad that some people are bad mouthing Gov. Dickson. I just hope that some of them will not use their mouth to entre trouble. All the Government need now is prayer. He did well inspite of the challenges it faced. Governor Dickson need commendation not condemnation”

“We know this is the end of the road for the administration. But it has become a responsible government that have done the most for the people of the State. The restoration has accomplished the most in all areas. And am so proud that we have served meritoriously. Prosperity will be fair to Governor Dickson. He will emerge as Best Government to have emerged in the history of Bayelsa state.”

TRANSPARENCY BRIEFING: Bayelsa State Gov’t Give Account of Expenditures for the month of September

BAYELSA @ 23 : WE HAVE MOVED FAR FROM WHERE WE WERE – INFORMATION COMMISSIONER

RADIO BAYELSA FIRE: Information Boss Receives Panel of inquiry Report …Says “Use of quacks to carry out maintenance and Negligence was the cause...

Gov’t Commends Bayelsans for large turn out, peaceful conduct during LGA Polls …Says INEC Has a lot to Learn from BYSIEC