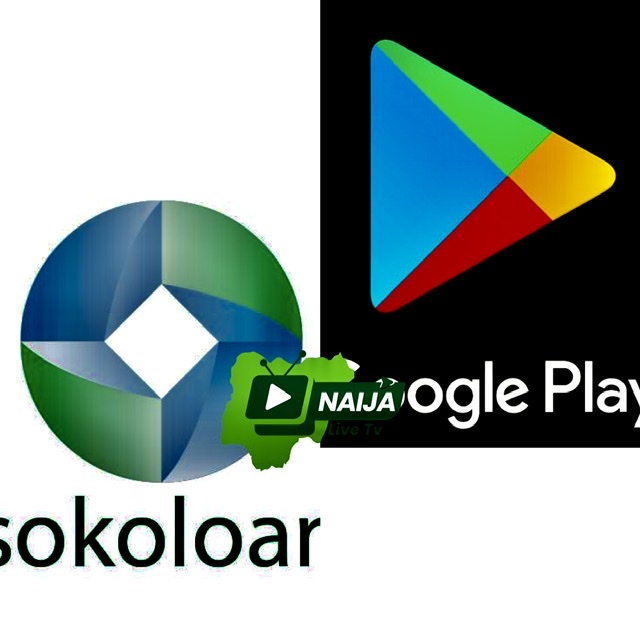 Investigations indicate that Google has finally removed the rogue and fraudulent loan app, Sokoloan from its Play Store for serial violation of its policies. Sokoloan owned by Sokoloan Lending company has been a major app terrorising and defaming its customers and their contacts in recent times.

This was after QUICK LOAN ARENA started a series of stories blacklisting Sokoloan and other similar loan apps that have been defaming Nigerians on social media and sending threatening messages to their contacts whenever there is an alleged loan repayment default.

A report weeks ago stated that scam apps such as Rapid Naira, ForNaira, LCredit and a few others hosted on Google Play Store are scavenging poor Nigerians and violating Google Policies on lending apps. A quick check by this reporter confirms on Google Play Store confirms our investigatuon that Sokoloan has been banned and yanked off the Play Store network of Google. Sokoloan has many other similar apps it uses to blackmail consumers and their contacts whenever there’s an alleged default.

It’s surprising how Sokoloan a major predatory scam lending app still find its way on Google Play up until today . Many Nigerians have called for a pulling down of the loan app from Google Play.

NAIJA LIVE TV understands so many apps on Google Play are violating their policy on lending and repayment and we call on the search giant to enforce its rules and call them to order. The plight of Nigerian consumers are at stake. Regulatory authorities have also been called upon by this platform to enforce local laws on these loan sharks.

It would seem Nigeria Apex Bank (the CBN) has apparently lost clue on what to do as the Apex Bank confessed months back admitted that the quick loan apps and platform are flouting its rules on operational guidelines and yet failing to enforce the rules and landing the hammer on them.

Below are the violations of most of the loan apps on Google, including Sokoloan.

Does not give loan up to #300,000 as they claim Does not declare its real charges in the sense that, they display amount of loan to be given and what they give actually is far lesser.

Like others, 7 days loan starts counting the moment you receive money in your account and what you see on your dashboard immediately is 6 days remaining. Its never 7 days

Failure to pay back as at when due will have their staffs harass you, threaten you and send messages to people on your contact list that you should not be trusted and be told to pay back your debt.

We have published articles on this platform in the past calling on Google to enforce its laws on this loan sharks that are predating poor Nigerians. We believe this may be part of the ongoing enforcement and we will investigate further on this.

A recent report by Bloomberg revealed several predatory loan apps are still making their way into the Play Store despite Google’s previous commitments to ban such applications. Many of these apps offer users easy money advancements with interest charges exceeding 200%, yet they require users to pay back the loan in as little as one or two weeks. This appears to directly conflict with Google’s new minimum payback policies and interest rate limits.

Apparently, many of Google’s policies vary from nation to nation. Google does not allow apps for personal loans with annual interest rates exceeding 36% in the US, but it doesn’t appear those same limitations apply to users in other countries.

“Our Google Play Developer Policies are designed to protect users and keep them safe, and we recently expanded our Financial Services policy to help protect people from deceptive and exploitative personal loan terms,” the Google spokesperson said. “When violations are found, we take action.”

Unfortunately, violations in one country may not be violations in another. That means it’s easier for predatory loan apps to take advantage of users in developing countries where many users don’t have bank accounts or credit cards. It’s unfortunate that this is the case, and we would like to see Google change its policies to create strong boundaries that truly protect users globally.

In a move to help protect its users, Google has banned apps that offer certain personal loans from the Play Store in the US. According to The Wall Street Journal, this is Google’s way of fighting payday loans, which can come with triple-digit interest rates.