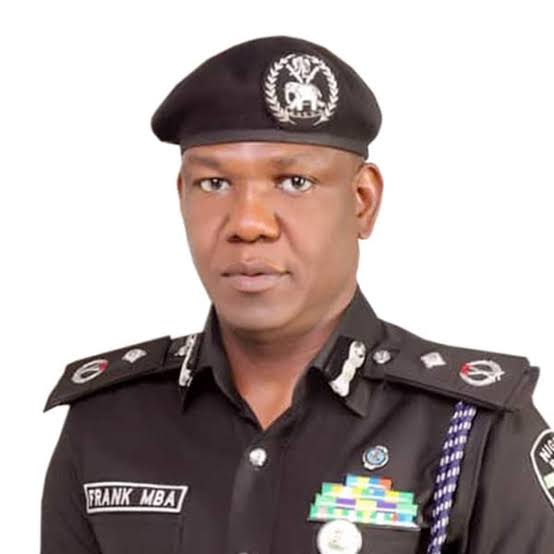 An alleged five-man gang leader, Ali Sule, who is an indigene of Idah village in Kogi State has mistakenly shot himself on the leg while on operation at Kubwa, FCT. Abuja and arrested by Operatives of the Nigeria Police Force (NPF).

The 25years old suspect who was arrested alongside his four gang members, namely Abdulrahman Usman, Yakubu Mohammed, Abdul Jubrin, all indigenes of Kogi state and Samuel Edwin from Benue state were earlier involved in an attack on two policemen in Kogi state and made away with their two AK47 rifles.

While parading the suspects before newsmen at the Special Tactical Team (STS) office at Abuja, on Thursday, the Force Spokesperson, Commissioner of Police (CP) Frank Mba said, “A five man robbery gang terrorizing Kubwa axis of the FCT have been arrested.

According to Mba the gang, led by Ali Sule admitted to have earlier last year attacked two police men who were ridding on a motorcycle and took two of their rifles from them.

He said, “Following the incident, Operatives of IRT opened up investigations and a careful follow up on the case led to the arrest of the five gang members after a successful robbery operation at a pharmaceutical shop in Kubwa.

“During the operation, one of the robbers in the cause of trying to fire the rifle mistakely fired himself and was eventually arrested. This led to the arrest of other four and the recovery of the two rifles.”

Speaking to newsmen, Ali Sule pleaded guilty of taking active role in the attack on the two officers and other criminal offenses.

In his words, “My guys informed me of two police men who were in the early hours of the day driving on motorcycle with their rifles along Gwagwa road in Kogi state.

“So we cut a cashew tree and beat the one at the back, he fell down and we collected the two rifles from their hands and immediately hid them in the bush for one month.

“After one month, l told them that, instead of wasting the rifles in the Bush, there is one pharmacy at my area. It is better we use the guns for the operation. So they came and we went to the pharmacy.

“When we got there, we charged them but they were not having money, so we collected their phones, laptop and other of their belongings. We didn’t know how to shot the gun, when I mistakely touch the thread, the bullet shots me on my leg.”

Meanwhile, Mba further explained to newsmen that, a total of 48 suspects, including a female, 27 assorted weapons(14 of the kalashino family), two Soft Machine guns, one Pump Action gun, a Barreta Pistol, Laptops, Phones, POS machines and assorted charms and other kind of weapons were found on the suspects.