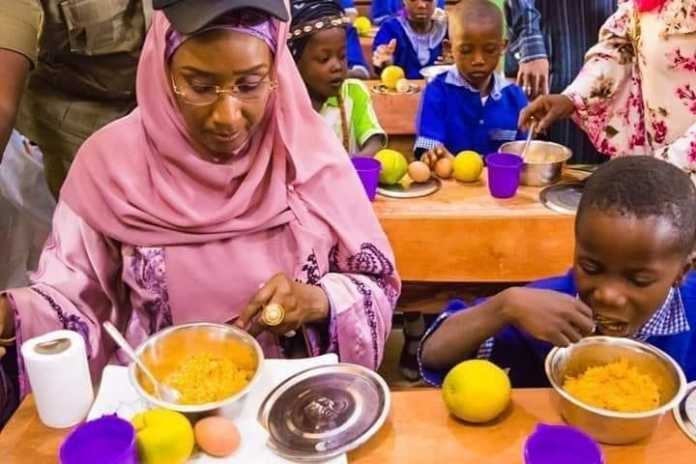 The Ministry of Humanitarian Affairs, Disaster Management and Social Development said the list of all participating vendors in the modified School Feeding Programme will be submitted to the Economic and Financial Crimes Commission (EFCC).

The Humanitarian Affairs Minister, Sadiya Farouq, who said this at the Presidential Task Force on COVID-19 daily news briefing on Friday in Abuja, noted that it was for the purpose of transparency and accountability.

She said the modified school feeding programme was being funded by the Federal Government, implemented by states and facilitated by the ministry.

The minister said it was targeted at heads of households, guardians and caregivers of the pupils, already benefiting from the National Home Grown School Feeding Programme (NHGSFP).

She noted that the vendors had been on the programme since inception and that they were not new.

She said that the ministry had also invited Civil Society Organisations (CSOs) and Non-Governmental Organisations (NGOs) to help with the monitoring of events.

Farouq, speaking on the recently-launched NHGSFP Intervention in the FCT, acknowledged the role of the United Nations World Food Programme in Nigeria in providing technical support.

“We are not spending N679 million per day as reported by the media. That figure is inaccurate.

“The take-home rations are worth N4,200 per household and are planned as a monthly COVID-19 intervention, for 3.1 million households in the participating states.

“To reach the households, we are using the various school registers, which contain addresses of all the pupils, we are also using SUBEB databases.

“Also, since schools are community-based, it is easy for children to be identified/verified in the various communities,” she said.

Meanwhile, she said payment of Npower Nigeria Volunteers’ outstanding stipends was in the final stages of processing and by next week, the beneficiaries would get their payments.

Meanwhile, Chairman of the PTF on COVID-19, Boss Mustapha, said the CACOVID account was not under the Federal Government control.

“They are funds sourced for by the business community; they are the sole managers of the fund,” he said.

Mustapha, while explaining how private donations toward the pandemic were being managed in the country, said that the second source of funding was from the NNPC and its partners.

“They are not even collecting cash. The total pledge was about N21billion, and part of their contributions was the ThisDay Dome,” he said.

Earlier, the Minister of Health, Dr Osagie Ehanire said the ministry was able to persuade Mrs Susan Idoko-Okpe, now popularly known as the “Benue Lady”, to allow a test sample to be taken to the laboratory for testing on Thursday.

Ehanire said the result was being awaited and would be given to her in person.

“Please note that, while some patients may disclose their result by themselves, the FMoH cannot do so, except with the permission of the person concerned,” he said.

Why we suspended school feeding programme in some states — FG

Two allegedly die of COVID-19 in Cross River Despite...