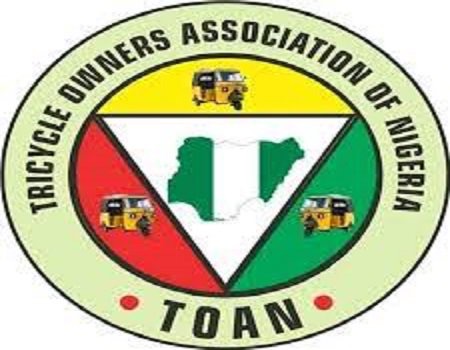 Fear and anxiety have continued to grip many of the motor parks in Lagos State following reports that the leadership of the National Union of Road Transport Workers ( NURTW) is planning to dissolve the newly- constituted executive of the Tricycle Owners and Operators Association of Nigeria ( TOOAN).

TOOAN is an affiliate body of NURTW, which controls the operation of commercial motorcycles in all the areas under the control of the parent body.

The planned dissolution of TOOAN executive is coming less than three months after the immediate leadership of NURTW inaugurated its following protracted crisis .

Prior to the inauguration of the present TOOAN executive, there had been a series of violent clashes in many of the tricycle parks across the state

The immediate past chairman of NURTW, Alhaji Tajudeen Agbede eventually inaugurated a new executive with a view to putting a permanent end to the crisis.

Commercial tricyclists have expressed their worries on the likely effect of the dissolution of the TOOAN executives on their operation.

A tricycle operator in Ikeja, who simply identified himself as Jungle told our correspondent that ” our chairman, MC Oluomo should exercise patience before deciding to do anything on TOOAN for now ”

” I know that there are some people with MC Oluomo, who are expecting to be given posts in TOOAN executive. They should allow the tenure of this new exco to lapse before changing them .”

He also added that ” it is not because of the people in the executive but for peace to continue to reign and our operation will not be affected .”

” Some people have been going about threatening people saying that they are working for MC Oluomo. This can cause a breakdown of law and order if they attempt to forcefully take over control of tricycle operation.”

Another operator in the Ojota area of the state, who pleaded anonymity, said ” what is more important now is peace. TOOAN is under NURTW but they should always consider peace.”

He added that commercial motorcyclists will not want to come out and work if there are reports of intending wars and passengers will be made to suffer. This is certainly not the time for war.”

Efforts to speak with the new chairman of NURTW in Lagos Musiliu Akinsanya, popularly known as MC Oluomo failed as calls to his mobile lines were not answered.

A text message to him was also not responded to as at the time of filing this report.

The TOOAN chairman,Muri Epo was also not available to comment on the concern of the tricyclists in Lagos .

Doctors calls off its sit -at-home strike in Lagos

Latest News SAINT MIENPAMO - May 31, 2020 - 9:35 am
0
Governors elected on the platform of the All Progressives Congress are scheduled to meet with the party’s National Leader, Asiwaju Bola Tinubu,...