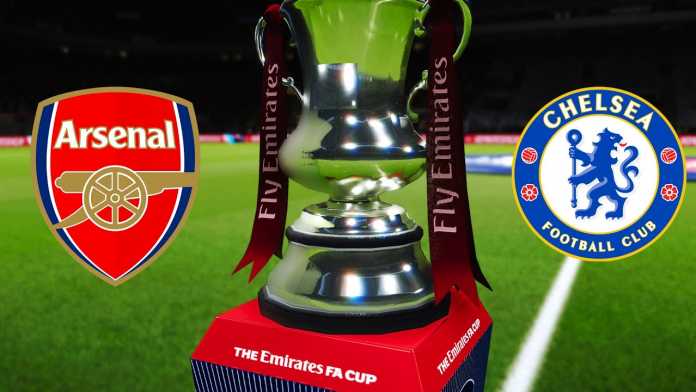 The 139th FA Cup final will be played later in the day between London’s arch rivals, Arsenal and Chelsea with both side looking forward to improving their records in the most prestigious football competition in England.

Arsenal had defeated the defending champions, Manchester City 2-1 to book a place in the final against the Blues that defeated another Manchester side (Manchester United) 3-1

Both managers, Mikel Arteta and Frank Lampard won the competition as players and one of them will tonight celebrate his first silverware in his first season of being in charge.

On the other hand, Lampard won the competition four times as a player and he is now the sixth Chelsea manager to reach the FA Cup Final in his first full season in charge at Stamford Bridge (Hoddle, Hiddink, Ancelotti, Di Matteo, Conte being the other five).

Arsenal won the last time both teams met at the FA Cup final in 2017.

The match promises to be an intriguing encounter.

A poll was conducted on Twitter and the final result shows that fans remain divided over the team that will win the encounter.

However, pundits believe that a variety of factors may likely work for or against the two sides with statistics revealing the two teams conceded many goals from set pieces in the just concluded league.

Arsenal conceded 48 Premier League goals this season, 27 of the goals were from open play, 14 from corners/set plays and 7 penalties.

They have conceded 54 goals, with 15 deriving from corners, direct free-kicks and set plays.

Pundits concluded that either of the sides that can capitalize on this lapse could win the match.

Pierre-Emerick Aubameyang: The team’s captain scored the two goals in the Semi-Final clash against the defending champions, Manchester City.

He scored 22 league goals, one short of being the joint top scorer with Leicester City striker, Jamie Vardy who scored 23 goal.

The Gabonese striker will no doubt play a huge role in Arsenal’s attack tonight.

Christian Pulisic: The United States midfielder played a huge role for the Blues in the just concluded league.

He scored two goals and gave four assists in seven league games in July and has been nominated for the Player of the Month.

PDP Asks DSS To Invite Akpabio For Questioning Over...

How MBA Capital And Trading Limited CEO Is Living...