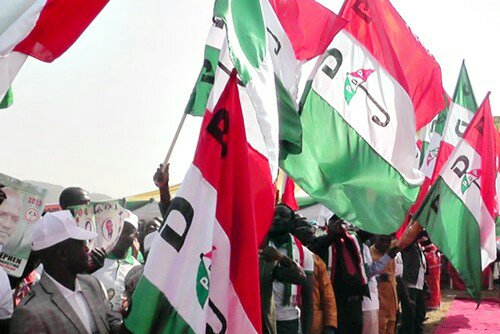 Candidates in the July 14 Ekiti State governorship election have expressed concerns over abuse of social media by supporters of political parties.

They accused some social media users of circulating fake, baseless and unfounded information capable of setting the state on fire.

The matter generated concern at a debate organised by the Ekiti in the United States for governorship aspirants in Ado-Ekiti, the state capital.

Ekiti indigenes resident in the United States called from their bases to ask the candidates questions.

The candidates spoke on their development agenda for the state in the areas of workers’ welfare, education, power supply, health, industrialisation, revenue generation, poverty alleviation, agriculture and health, among others.

Awe recalled how certain characters concocted his resignation letter and circulated it on Facebook without his knowledge.

Chairman of Ekiti in the US, Dr. Emmanuel Dada based in Houston, Texas stated the body is driven by the consciousness to identify the pedigree of governorship candidates in its quest to contribute to the political development of Ekiti State.

He said issues agreed on at the debate will form part of the agenda for the incoming governor of Ekiti State.