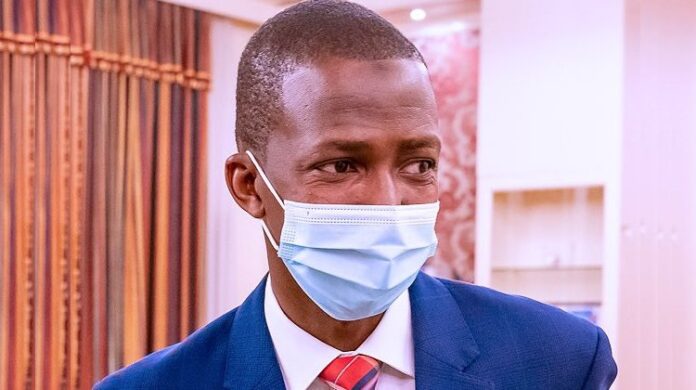 The Chairman of the Economic and Financial Crimes Commission, Abdulrasheed Bawa, on Thursday said the commission’s intelligence unit had uncovered a fraud of N6bn looted from an unnamed state government’s coffer.

Bawa disclosed this while speaking with State House correspondents at the Presidential Villa, Abuja.

He said, “Since I came on board, we have embarked on the restructuring of the agency. One of the key things I succeeded in doing is the creation of the Department of Intelligence.

“Since the creation of the department, we have received meaningful intelligence. Just last week, they sent a report of a certain governor that has taken money out of the treasury of the state in cash over a period of time amounting to over N6bn.”

He also disclosed that the intelligence unit was assisting the agency by forwarding findings to other departments, including the operations department.

“We have recovered 30 real estates, one farmland, one factory, one filling station and about 32 automobiles.”

“Just a couple of weeks back, we recovered $100 m for the Nigeria Ports Authority but the money was paid into the account of NPA but through our efforts.”

While speaking on Kalu and other pending cases, he said, “We have prosecuted several people within this period, secured 185 convictions and you are aware that for two months the courts have been on strike, we have filed 367 cases and within this week, we are going to file 800 cases in court.

“The cases on Amosun, Ibrahim Shema, Adebayo Alao-Akala, Ikedi Ohakim and Muazu Aliyu cases are ongoing. On Orji Uzor Kalu, we are going to prosecute him again all over after 12 years.

He added that the EFCC is working with both chambers of the National Assembly to strengthen the legal framework of the special control unit against money laundering.

Bawa also clarified that the minister who he had earlier said bought $37.5m property from a bank and deposited $20m cash was the former Minister of Petroleum Resources, Diezani Allinson-Madueke.

He added that she would be prosecuted as soon as she was back in the country.