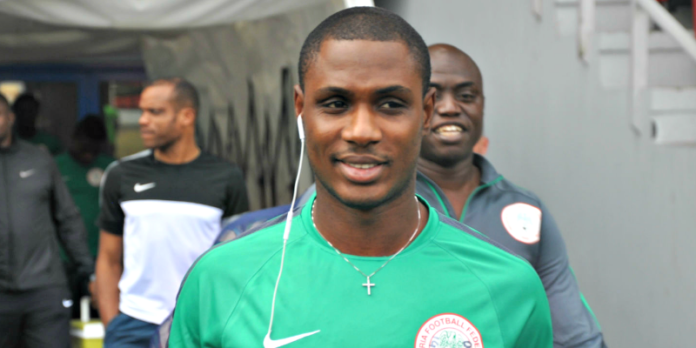 SUPER EAGLES defender, Shehu Abdullahi, says the squad are happy with the return of former Manchester United striker, Odion Ighalo, to the national team ahead of the country’s 2022 World Cup qualifiers.

Ighalo quit the Eagles two years ago, after leading the team to a third-place finish at the 2019 African Cup of Nations in Egypt, emerging as tournament top scorer with five goals.

Eagles coach Gernot Rohr recently announced that Ighalo was in his 40-man provisional list for next month’s 2022 World Cup qualifiers before the final list was released by the Nigeria Football Federation with the Al-Shabab star making the cut.

The 32-year-old, who initially said he was undecided over his Eagles’ return, has not turned down the invitation since the list was released.

However, the statement by the Omonia Nicosia right back is an indication that Ighalo is all set to make the comeback and could link up with the Eagles team in Morocco on Monday.

Shehu while speaking on SuperSport’s Naija Made said the team was happy to have Ighalo back with his wealth of experience.

“We are all happy to have Ighalo back in the team. With his experience Ighalo is a top player that everyone looks up to him,” Shehu said on SuperSport’s Naija Made.

“To have Ighalo back in the team is good for all of us, he will help the team I am sure of that and the coach trusts him and we trust him too.

“With his experience, I think a lot of players there in the team will learn a lot from him so we are happy to have him back.”

Ighalo has scored nine goals in 11 appearances in the Saudi Professional League so far this season.