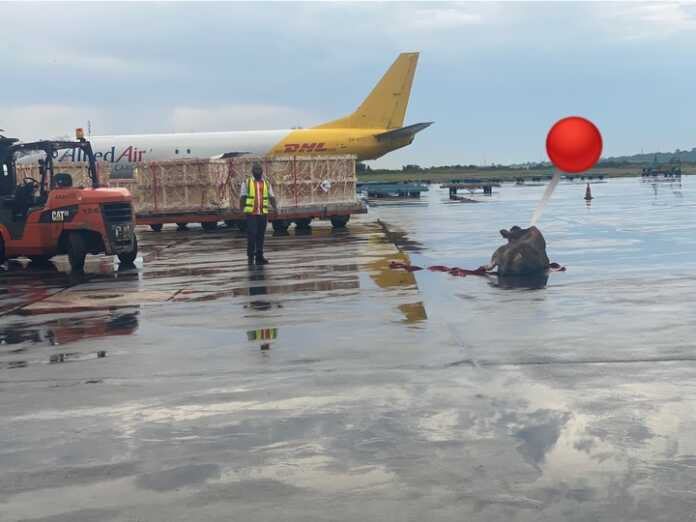 About 250 cows arrived at the Murtala Mohammed International Airport in Lagos from New Jersey, United States of America.

The Special Assistant to President Muhammad Buhari on Digital and New Media, Tolu Ogunlesi, confirmed this on his Twitter handle on Thursday morning.

The cows were flown into Nigeria in crates, one crate got damaged and the ground staff didn’t secure the cows after offloading. The drama occurred when the cow started running and chasing staff at the airport tarmac. It took the intervention of some strong men to manage the situation.

Uboh’s Allegation against Fayemi; an Assault on Reason