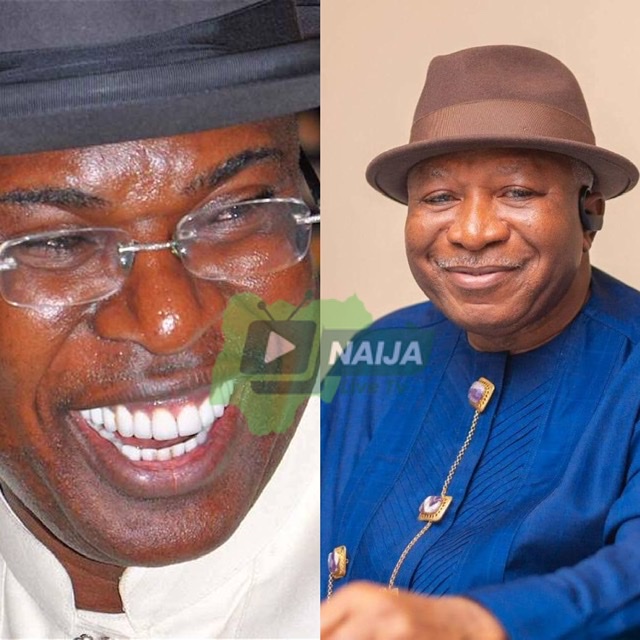 He said Dikio’s remarkable achievements were a clear demonstration of his zeal to find himself on the right side of history.

The minister frowned at the inability of the various interventionist agencies set up by the Federal Government to address the concerns of people of the Niger Delta, saying it was time to make them work.

Sylva spoke at the weekend when he received Dikio  at his country home in Okpoama, Brass Local Government Area of Bayelsa State.

He said: “We have to as a people stand together. We have had the Presidential Amnesty Programme for a long time but we have not been fortunate. If you look at what the programme was meant to achieve, we have currently not achieved it.

“This is because for some reasons we have not been very fortunate. We can say that too for the NDDC. If you look at the two organizations there are some reoccurring decimals.

“The people who started this organizations are similar or same persons. So, why are these organizations not delivering on the benefit that we expect from them? That is a great food for thought.

“Something is wrong. In the design some people deliberately twisted it so that it will suit their own personal angrandisment instead of helping the growth of the Niger Delta.

“But you’ve come at this juncture of history and we are very proud of you because you’re doing very well. We must say that you’re even late in the day because today the amnesty programme is not even getting as much as it used to get”.

“If at this moment you’re doing so much with the little you’re getting, we can only imagine what you would have done during the hay days of the amnesty programme when there was a huge cash flow.

“Everytime I see the National Security Adviser, I thank him for you and I have always pledged my support that anything required from me concerning the amnesty programme I will willingly do it”.

Sylva called on the leaders of the region to close ranks to attract more development and  lauded Dikio’s Train, Employ and Mentor (TEM) scheme, saying it had made the training of ex-agitators more rewarding.

He said: “Educationally we are very disadvantaged so a programme like this should be able to help us reposition our young men for the future and I’m happy you’re doing that. I especially like the idea of tying the two ends together, of training and employment.

“Because if you train young men and you do not have any plans for employment it can become a problem which is what we have seen. Young men are trained with no arrangement for their employment. They come back from their training and they are roaming the streets. They become even more dangerous.

“As a region we are not a very large population and that is why we are called minority. As minority we need to stand together but unfortunately that is one thing we lack. We are always standing against each other, fighting each other. If we can use our good offices to try to engender unity among our people then it will be better for us”, he said.

Sylva called for collective efforts to fight against all forms of attack on the Niger Delta, particularly the destruction of the region’s environment.

He said the region was at risk of extinction because of the harmful practices of a few misguided elements, who engaged in the mindless attack on oil facilities.

“You blew up a pipeline, there is spillage whose environment is suffering? And this is the same environment that has sustained our ancestors that we expect to sustain us and also sustain future generations. But our young men that have totally gone astray and have decided to wage a war against this environment that should sustain us so we are at the risk of extinction.

“Mr President has given us the mandate to stamp out this menace and we cannot do it without collaborating with you. So, please let us work together, not only as brothers from the region but as coworkers of the Federal Government of Nigeria”.