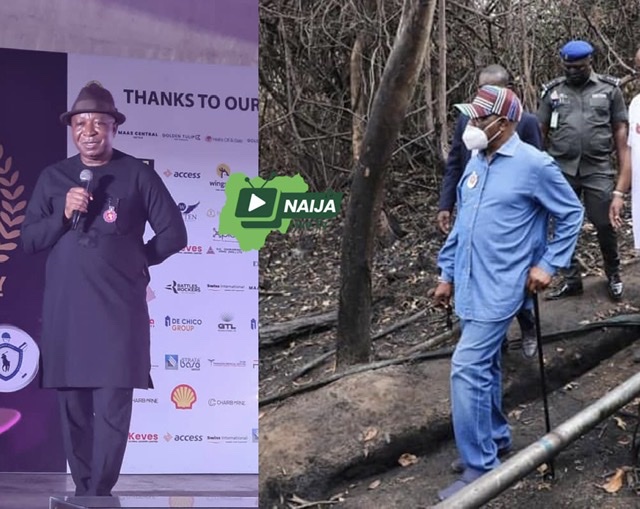 Dikio, who spoke at the weekend in Port Harcourt, Rivers State during the 50th anniversary dinner and award night of the Port Harcourt Polo Club, said Wike’s effort should be complemented by all stakeholders in the region.

He said illegal refineries were not the only cause of the environmental devastation in the region, insisting  that other harmful practices were also responsible polluting the environment.

He said: “I commend the Rivers State Governor, Wike, for taking on the issue of illegal oil refineries also known as kpofire head on. But a lot of work still needs to be done. Kpofire is not the only pollutant and so individually and collectively what are we doing, especially corporate organizations to reduce unwanted emissions into our environment”?

Dikio, also urged people of the Niger Delta to stop bickering over the alloted percentage in the Petroleum Industry Act (PIA), saying opportunity would be created for future negotiation.

“I will say that instead of quarreling about the percentage, we should be talking about what to do with the percentage we got, build on it and we can have another discussion after that”, Dikio said.

While reinforcing the PAP’s Train, Employ and Mentor (TEM), model, Dikio  said in the next 10 years, the Niger Delta should have a critical mass that would make people of the region competitive in all spheres.

He said: “We’re looking for partnership with businesses that can train these ex-agitators and give them the required skills for employment in their businesses.

“We in PAP will pay for the training. Its a partnership because we want those who train them to guarantee that they will employ them.

“We are doing this which is a departure from the old model which only train people and put them back in the bloated unemployment market. We feel that is a waste of money and everybody’s time. It increases the anxiety level in the economy and the polity”.

Earlier, the Chief Host, King Alfred Diette-Spiff, said the game of Polo was catching up in the South-South  noting that contrary to what many people thought, Polo was no longer an elite game.

On his part, President of the Port Harcourt Polo Club, Engr. Chukwudi Dimkpa said the club from a humble beginning in 1972 had grown to become the preferred Polo club in Nigeria and Africa.

Highpoint of the event was the presentation of awards and the launching and fund raising of the Arena Polo Turf and Children Riding School.

Why our training focuses on food security, blue economy – Dikio

Niger Delta stakeholders call for transition of PAP to NDSP, retention of Dikio