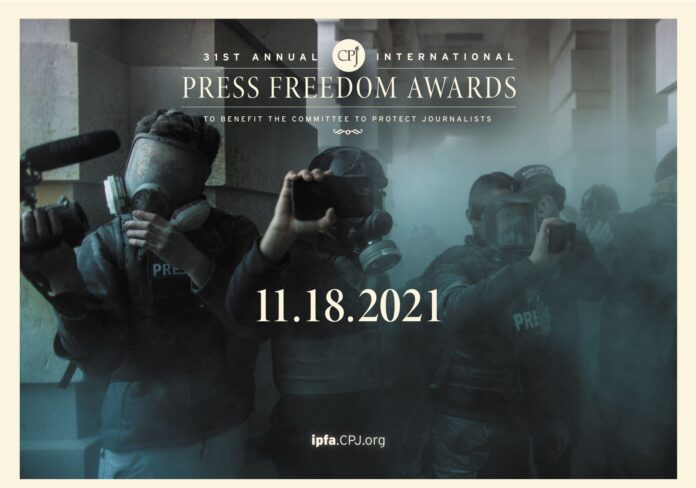 The virtual event, to be streamed on ipfa.cpj.org and abcnews.com, will be hosted by ABC “World News Tonight” anchor David Muir and honor intrepid journalists from Guatemala, Mozambique, and Myanmar, and feature powerful calls for world leaders to respect press freedom during an especially challenging year for journalists.

The past year has been marked by an uptick in threats to press freedom, from a dramatic increase in attacks on the press in Belarus and Ethiopia, to the existential threat posed to journalism in Afghanistan by the Taliban takeover.

Learn more about this year’s awardees and how to watch the event here.

CPJ experts and some awardees will be available for interviews prior to the event. To schedule an interview or to obtain an official media kit, please email press@cpj.org.

CPJ to release report on journalists killed in 2020