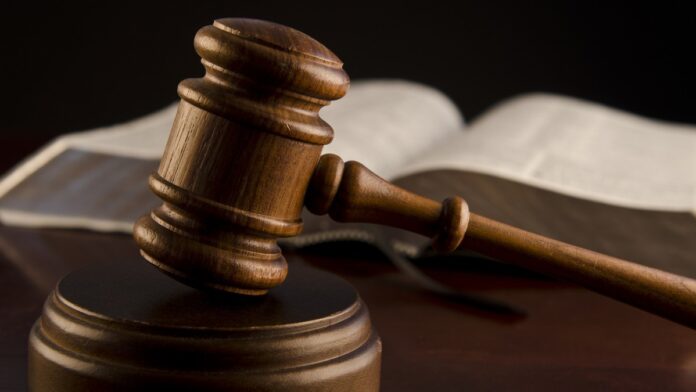 Chief Magistrate Bola Folarin-Williams ordered his remand after he pleaded not guilty to the four counts charge of obtaining by false pretence and stealing levelled against him by the police.

Arraigning the defendant in a charge marked C/27/2021, the prosecutor, Mr. Morufu Animashaun, told the court that the defendant fraudulently obtained the sum of N7.3 million and N3.5 million from the duo of Sola Elegbede and Adeola Fatai, with false pretence of selling a plot of land to each of them.

Animashaun also told the court that the defendant, a resident of 6, Supo Alimi Streat Okun Ajah, Lagos, after fraudulently obtaining the said sums from the victims, refused to give them the land.

He also told the court that the offences committed by the defendant contravened Sections 314 (3) and 287 (5) of the criminal law of Lagos State 2015 and punishable under the same Law.

The 61-year-old man, Olasupo denied the allegations and pleaded not guilty to the charges. Following his plea of not guilty, Animashaun prayed the court for a trial date and urged the court to remand the defendant in the custody of the Nigerian Correctional Services (NCoS), pending the determination of the charges against the defendant.

But the defendant’s counsel asked the court to admit his client on bail in the most liberal terms, adding that the charges against him are bailable one.

Magistrate Folarin-Williams however, admitted the defendant to bail in the sum of N2 million with two sureties. The Chief Magistrate ordered that one of the sureties must be blood relation of the defendant and the other someone in a managerial capacity.

The defendant was ordered to deposit his international passport with the Court’s Chief Registrar, while the sureties must furnish the court with evidence of three tax payments to the Lagos State Government and have their addresses verified by the prosecutor.

The matter was adjourned to November 24, for mention.