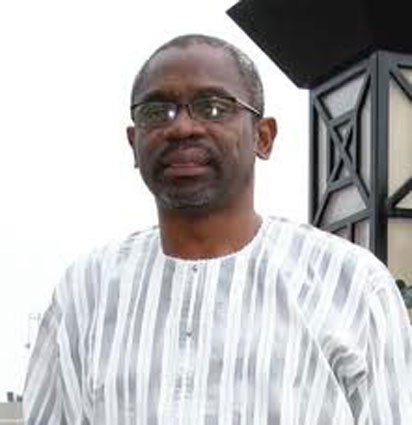 A High Court of the Federal Capital Territory sitting at Bwari, yesterday, quashed the criminal charge against the Speaker of the House of Representatives, Femi Gbajabiamila.

The court, in a judgement that was delivered by trial Justice Othman Musa, voided the charge that was entered against Gbajabiamila before a Grade 1 Area Court in Abuja.

It will be recalled that the Area Court had a sequel to a Direct Criminal Complaint that was filed by the African People’s Party, APP, summoned Gbajabiamila to appear before it for arraignment.

In the charge, APP alleged that the defendant gave false information to the Independent National   Electoral Commission, INEC in his Form CF.001, and thereby committed an offence under Sections 156 and 158 of the Penal Code Act of the Federal Capital Territory.

Dissatisfied with the summon which was issued against him before the election that led to his emergence as Speaker of the 9th House of Reps, Gbajabiamila, went before the High Court to challenge the powers of the Grade 1 Area Court to try him.

He denied giving any false information to the INEC, insisting that he never stood any criminal trial in the United States of America nor convicted of any criminal offence.

He further exhibited a letter from the State Bar of Georgia confirming that disciplinary action was taken against him for breach of the Rules of Professional, but confirmed that the said breach never amounted to any criminal offence under the Laws of the United States nor the disciplinary proceeding amounting to any criminal trial.

The Speaker, therefore, prayed the High Court to declare that, “the proceedings, decisions, criminal charge and order of His Worship, Honourable Anas Isah Mohammed of the Grade 1 Area Court, Karshi, Federal Capital Territory, Abuja made on the 30th day of May 2019 in Charge No. CR/349/2019and Motion No. M/19/2019 between African Peoples Party (APP) v. Hon. Femi Gbajabiamila (AKA Femi Gbaja), is unlawful, unconstitutional, ultra vires, null and void.”

He also prayed for, “an order of the Honourable Court striking out the criminal charge in Charge No. CR/349/2019and Motion No. M/19/2019 between African Peoples Party (APP) v. Hon. Femi Gbajabiamila (AKA Femi Gbaja)”.

Meantime, in his judgment, Justice Musa held that only courts mentioned under section 31(5) of the Electoral Act, that have the power to declare the information in the Form CF001 as false.

He said after the appropriate court had determined the veracity or otherwise of the information submitted to INEC that the responsible agencies could prosecute.

Justice Musa held that the Grade 1 Area Court “acted recklessly in a matter in which it has no jurisdiction to so do”.

He, therefore, declared that “the order entered on the 26/02/2017 by the Supreme Court of Georgia, accepting Femi Gbajabiamila’s petition for voluntary discipline does not amount to a criminal offence known to any law in Nigeria”.

“To this end, Certiorari is hereby granted; consequently the proceedings, decisions, charge, orders and the entire records of the Grade 1 Area court of the FCT, Karshi in Charge: CR.349/2019 are hereby removed into this court and same is hereby quashed”, the court held.

“Where are the Chinese personnel as we speak? – Speaker Gbajabiamila Asked …Says, Reps will monitor Chinese medical team

A MUST WATCH: “We called a meeting of the service chiefs to brief us about strategy but they sent their accountants. I’m...

Just in: Lawan, Gbajabiamila, CJN Tanko Muh’d, others under probe