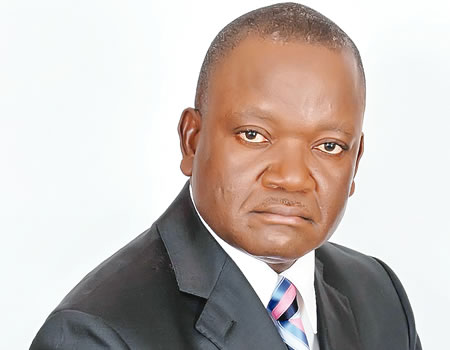 #NaijaLiveTv
A Makurdi High Court, presided over by Justice Theresa Igoche, has granted leave to the Governor of Benue State, Samuel Ortom to serve the National Chairman of the All Progressives Congress (APC), Comrade Adams Oshiomhole, and the APC with his writ of summons in Suit No. MHC/280/2018.

Justice Igoche granted the leave on Friday when the suit came up, counsel to Governor Ortom, Mr Samuel Irabor, moved an ex-parte application seeking the leave of court to serve the defendants in Abuja outside the Benue State Judicial Division.

Once served with the writ of summons, the defendants have 30 days to enter appearance and file their defence.

Governor Ortom had, among other things, averred that the defendants assassinated his character and damaged his reputation when he, Oshiomhole accused him of having a hand in the death of two Catholic priests and their parishioners at Mbalom community on the ground that one of the priests had preached a ‘very critical sermon’ against Governor Ortom.

The governor demanded the sum of sum of N10 billion as damages in favour of the Plaintiff and against the defendants jointly and severally for the defamation and libel of the Plaintiff’s character and reputation by the Defendants.

However, the spokesman of the National Chairman of the APC, Comrade Adams Oshiomhole, Simon Ibegbulem, said that the chairman would meet Ortom in court.

“We will meet him in court. In fact, that is where he is going to be disgraced the more. We will confront him with all the evidence that some people involved in the killing of the reverend fathers are indeed those associated with him,” he said.

Gov. Ortom reveals what he’ll do with N189 billion Benue money as he signs 2020 budget