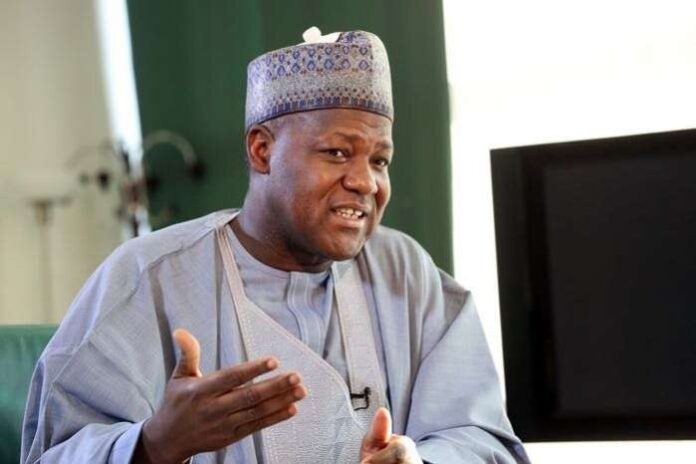 The Federal High Court in Abuja, on Wednesday, slated September 30, to hear a suit the Peoples Democratic Party (PDP), filed seeking the court to declare the seat of the former Speaker of the House of Representatives, Yakubu Dogara, vacant following his defection to the All Progressives Congress (APC).

Justice Donatus Okorowo okayed the matter for a hearing after taking over the adjudication of the suit from Justice Okon Abang, who had been transferred out of Abuja.

At the resumed hearing on Wednesday, counsel to the PDP, Mr Chris Uche, (SAN) told the court that the matter was ripe for hearing.

Justice Okorowo raised concerns that if arguments were taken by counsel, he would be required to deliver judgment within three months.

He expressed doubt owing to the forthcoming vacation.

On his part, Jibrin Okutepa, (SAN) who represented Dogara and other counsel in the matter all agreed following which the judge adjourned the matter until Sept. 30.

Dogara was in 2019, re-elected on the platform of the PDP to represent Dass, Tafawa Balewa and Bogoro Federal Constituency of Bauchi State at the National Assembly.

He however defected to the APC on July 24, 2020, after he submitted a resignation letter to the Chairman of the Bogoro ‘C’ Ward in the state.

Dissatisfied with his action, the PDP and its Bauchi State Chairman, Hamza Akuyam, approached the court to declare his seat vacant.

In the suit marked FHC/ABJ/CS/1060/2020, the Plaintiffs, among other things, contended that by virtue of section 68(1)(g) of the 1999 Constitution, as amended, Dogara, ought to vacate the seat for defecting from the party that sponsored him to the 9th National Assembly, before the expiration of his tenure.

In a supporting affidavit that was deposed to by the 2nd Plaintiff, Akuyam, he told the court that there was no crisis or division in the PDP, the political platform through which Dogara was elected as a serving member of the National Assembly in the last general election.

He further told the court that there were no mergers or internal crises in the PDP to justify Dogara’s action.

According to the Plaintiffs, having defected from the PDP before the expiration of his tenure, Dogara, “has lost his seat/office as a member of the House of Representatives and is no longer entitled to participate in the legislative proceedings and other businesses of the National Assembly and/or entitled to salaries and allowances as a member of the National Assembly”.

The Plaintiffs further contended that considering the facts and circumstances of the case, the Speaker of the House of Representatives, Gbajabiamila, is under a legal obligation to declare Dogara’s seat vacant and allow the Independent National Electoral Commission, INEC, to conduct a bye-election for his replacement.

Specifically, the Plaintiffs prayed the court to declare that Dogara has ceased to be a member of the National Assembly from the date he defected to the APC.

As well as for an order directing the Speaker of the House of Representatives to give effect to section 68(1) of the 1999 Constitution, as amended, and to forthwith declare Dogara’s seat vacant to enable INEC to conduct a bye-election for his replacement.

Aside from Dogara, other Defendants in the suit are the Speaker of the House of Representatives, the Attorney General of the Federation (AGF), INEC and the APC.