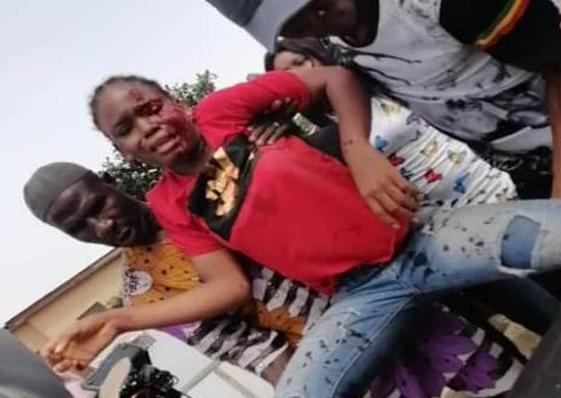 There was panic on Saturday around the St Saviour’s Bus stop on the Ikotun-Ijegun road in Lagos State after a crash involving a vehicle conveying six females who were returning from a wedding ceremony.

NAIJA LIVE TV learnt that the accident occurred around 3pm, due to the lack of speed bumps on the newly tarred road.

Videos obtained by NAIJA LIVE TV showed commotion in the area as passersby tried to rush one of the ladies to a nearby hospital.

“The accident just happened around Ikotun-Ijegun road that involved like six ladies looking as if they were going for an event. I wasn’t able to talk to any one of them though because people were many and it’s a newly tarred road which the government is supposed to put bumps on,” a witness said.

Amputee hawker apologizes to Nigerians for lying, says her Grandmother tried to blackmail her for money after receiving 200k from her

I haven’t shot anyone since I joined police, says officer honoured after assault by motorist