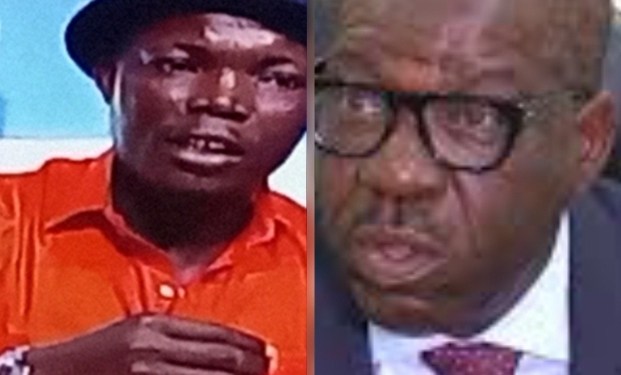 Angry Ijaw leader, the president of the Ijaw People’s Development Initiative, IPDI, Comrade Ozobo Austin who recently declared war against Godwin Obaseki, the governor of Edo State, has said that except quick measures were taken to appoint Ijaw Commissioners in the state, they will make Obaseki to regret his evil actions against the Ijaw people.

The statement read partly: “If Obaseki thinks he is smart and could go free by deceiving the Ijaw people to massively vote him to power and later abandon them, we will make him to regret his actions.”

Ozobo who spoke to NaijaliveTv, angrily said Obaseki could not be trusted as he described him as a man with a black heart.

The group said it was a surprise that Obaseki, who openly promised to take care of Ijaws in terms of appointment into vital offices in the presence of Bayelsa State Governor, Senator Douye Diri during PDP campaigns in Benin could turn against the Ijaws.

“We have lost confidence in him (Obaseki). He can’t be trusted. We will soon make him to account for Edo people money he lavished in his re-election,” IPDI stressed.