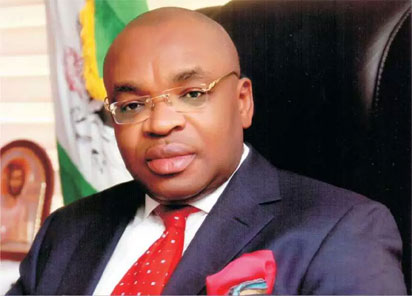 CLO Chairman, Otuekong Franklyn Isong said this on Friday after his visit to the management of Mimshac Automobile Technologies, Ikot Ukap, Itu Local Government Area, to observe the selection process of persons to be sponsored for training in Israel by the company in partnership with the Akwa Ibom State Government.

He said, Governor Udom Emmanuel had, during the groundbreaking ceremony of the Automobile Manufacturing Plant in Itu on Monday, 13th July, 2015, stated, on completion of the construction of the plant, twenty indigenes of the State would be sent to Israel for training on the production of automobiles as the pioneer staff of the company.

His invitation was based on the CLO’s several visits to the project site, as part of its good governance tour and tracking of the projects of the current administration in Akwa Ibom State.

The CLO team was informed that the process leading to the shortlisting of the 55 candidates was thrown open to qualified Akwa Ibom people through the Ministry of Economic Development. Officials of the Ministry and officials of the company carried out the screening exercise, which was observed by the CLO team.

At the end of the theoretical exercise, candidates were informed that they will be further subjected to workshop practical examination on a future date.

The CLO team was later conducted round the facility by the company team lead and it was observed that the construction of the plant has been completed and ready for commissioning.