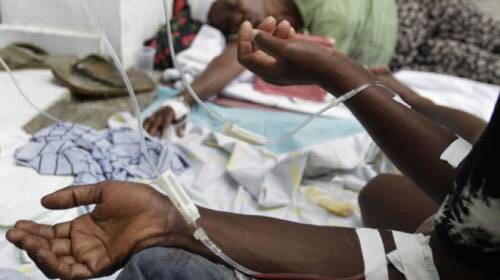 The Bauchi State Primary Healthcare Development Agency has said the death toll from the outbreak of Cholera recorded in the state is now 37.

Cholera is triggered by the infection and inflammation of the digestive system. Symptoms can include abdominal cramps, diarrhoea, and vomiting.

The Chairman of BSPHDA, Rilwanu Mohammed, stated that the infection has spread from 13 to 15 local government areas in the state.

According to him, 1,799 cases were recorded between May 25 and when the current report was compiled.

He said the agency has continued to deploy drugs and other medical material to all general hospitals in the state.

The chairman also said the state’s rapid response was deploying all measures to curtail the further spread.

He asked the general public to practise environmental and personal hygiene and report all cases to the nearest health facilities.