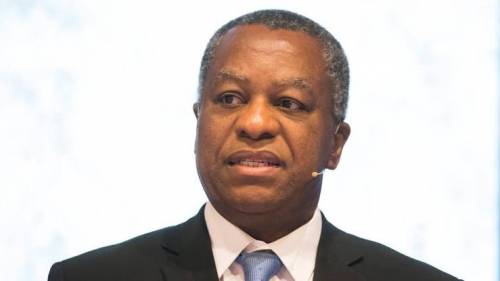 The Ministry of Foreign Affairs allegedly mismanaged $68 million (about N28 billion) released by the President Muhammadu Buhari administration in 2018 for disbursement to some of the country’s foreign missions, SaharaReporters learnt.

It was learnt from a government’s audit report that the Ministry’s Permanent Secretary has now been asked to explain how the funds, allegedly misused, were disbursed to the missions.

These are contained in the Annual Report of the Auditor-General of the Accounts of the Federation of Nigeria for the year ended, December 31, 2018.

The Auditor-General’s report stated that when queries were sent to the ministry to explain the issues around how $68 million was disbursed, no responses were received.

The report reads, “Issue 1 – Lack of accountability in the Disbursement of intervention fund for distressed missions – $68,875,902. Financial Regulations No. 415 states that “The Federal Government requires all officers responsible for expenditure to exercise due economy. Money must not be spent merely because it has been voted.

“Audit examination of the Ministry’s accounting records showed that a total of US $68,875,902 was approved by the President as intervention fund for distressed Nigerian missions abroad. The sum which was in three tranches – USD32,873,896.68, USD28,810,217.80 and USD7,191,787.52 was meant to address challenges such as: missions’ indebtedness, renovation and refurbishment of missions’ chanceries and residencies, and replacement of broken-down representational vehicles.

“Detailed examination of the Ministry’s accounting records however, revealed the following anomalies; one, the sum of N268,814,121.20 was diverted from the first tranche of the intervention fund and was expended on ‘exigencies and sundry items’, part of which N101,230,676.95 which, according to the documents presented by the Ministry, was for bank charges on remittance of funds by the Central Bank of Nigeria.

“No explanation was given, nor documents released justifying how the balance of N167,583,444.25 was utilised. Two, documents evidencing the disbursement of the second tranche of USD28,810,217.80 such as distribution breakdown of the funds to the beneficiary missions, expenditure returns for money received, and request for settlements of indebtedness from missions were not presented.”

The report added that sanctions should apply to the ministry since it failed to produce the documents to prove that it disbursed the funds appropriately.

The Ministry however approved the release of the excess to the Consulate-General of Nigeria in Dubai, which was originally not among the missions in need of intervention funds.

“The Permanent Secretary is required to render full account as to how the sum of USD68,875,902.00 was disbursed to the benefiting missions, failing which sanctions should apply.”