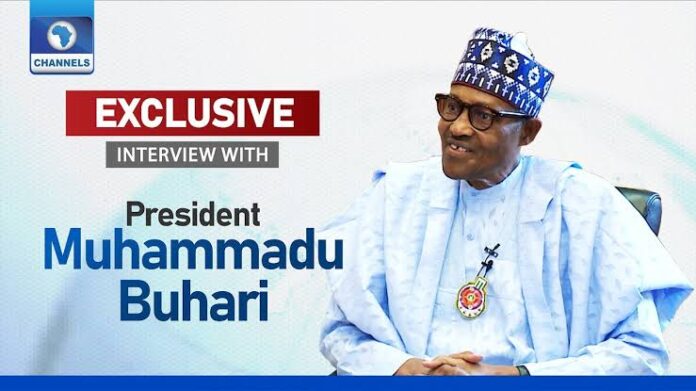 First, a shout out to readers of the ‘Orbit’ in the New Year. I have been on a much needed holiday from Nigerian affairs because, frankly, as any newspaper columnist knows, we run the risk of sounding like broken records if we keep persistently at it. Lethargy sets in.

You begin to think you have exhausted every word in the dictionary for describing Nigeria’s problem. Yet these problems persist. They grow in leaps, and they are bound ultimately to smack you in the gob.

That keeps you quiet for a while. This is my long-winded way of saying that one needs to take a break and reassess our options if we are to give fresh insights into the affairs of this Ogbanje nation.

The affairs of Nigeria can be overwhelming. It is even far more difficult to keep a distance from it for too long. Not if you have a stake in its well-being. Not if it still means anything to you. Daily, Nigeria bleeds in the hands of very incompetent people who pilot its affairs.

Many a Nigerian has given up, thinking that this country is already finished. Perhaps that might be so. But the death of hope is too dangerous to contemplate. That’s why we must choose to persist and to keep dreaming of a nation whose fortunes might turn around to fulfil all the hopes of its founding spirit: to lead the Black peoples of the world out of the bondage of the ages.

But that hope is clearly on vacation under what will go down in history as the worst leader ever to emerge in the last 60 years of Nigeria’s life as a nation. Muhammadu Buhari arrived at the office in 2015 wearing the toga of ‘a messiah’ and will leave office as the greatest joke of the century.

It is official. Mr Muhammadu Buhari has accepted finally that age is now weight on him. It is a truth that all Nigerians have long known. But age is a good thing. May we all grow to be as old as Mr Buhari, the luckiest man, who became President of Nigeria twice in his lifetime – once as a military dictator, and later as an elected civilian President.

Such luck he shared with Mr Olusegun Obasanjo, another notable actor in Nigeria’s monstrous history. But Buhari takes what not a few will agree to be the real lead on the table of the worst leadership Nigeria has ever produced. The Igbo have a saying about a child who was sent into the barn of immense riches but chose to come out with a sickly ram. That’s the current status in the eyes of history on the Buhari presidency.

If there was any doubt to it, the very recent interview, two weeks ago, which the President had with Channels TV, has put the tragedy of the Buhari years in clearer focus for Nigerians. Even among those who have rooted for Buhari, for all kinds of odd reasons, that interview did highlight the story behind Nigeria’s most tragic decline in the last six years.

That interview was difficult to watch. It was a disgraceful reflection of the kind of limited capability, the incompetence, and the extremely low intellectual depths which has marked Buhari’s leadership of Nigeria. But, hopefully, it should teach Nigerians a lesson about public leadership, and the powerful opportunity we have been given in a democracy, to make these choices.

The President had no idea what he was talking about most of the time! The Buhari years should teach Nigerians to be wary of those who appear to them as wolves in sheep clothing. Those come pretending to be messiahs, only to turn into jackals the minute they ascend to power. Such characters ultimately turn out into giant piles of mud. But let’s measure this President by his own words.

First, there was the pointed question of national security. But Muhammadu Buhari got stuck in the mud recalling the three promises he made on the campaign trail in 2015 “to improve security, improve the economy and try to fight corruption.” Nigerians, he said, if they are to be fair, should see the “improvements” insecurity, particularly in the fight against Boko Haram in the North-East of the country.

I’m not quite sure if this President actually believes what he himself is saying about himself, because the facts do not add up. The security of Nigeria, and the national public sense of well-being, is at an all-time low and has never come under more severe threat than under the presidency of Mr Muhammadu Buhari.

If Jonathan Boko Haram operated and was confined in the North-East, today, the entire country is under a massive blanket of terror and violence; and the threat of religious, ethnic and political rupture is writ large as never before. President Buhari must remember that up till 2015, he was a major critic of the measures taken by former President Goodluck Jonathan to quell and oust Boko Haram terrorists from the North of Nigeria.

Buhari was one of those who described it as an action against the North.  By January 2014, going into the 2015 elections, G.E. Jonathan was forced under threat and pressure from “northern interests,” to change his entire military command and tactics in fighting Boko Haram terrorist/insurgency. It is true that out of political expediency hardly informed by the real nature of the threat, the Jonathan administration had initially treated the Boko Haram insurgency with kid gloves.

The insurgents themselves were on the verge of surrendering, and it would have taken one final push to wipe them out had Buhari not assumed power in May 2015, and basically turned down the heat on Boko Haram, and allowed them to regroup.

These facts are in the public domain. The claim today by Buhari of successes in driving out Boko Haram is founded on untruth because, even now, Boko Haram/ISWAP has expanded its operations. The spittle had not just dried from the President’s lips, when the Boko Haram terrorists struck in Zamfara between January 4 and 6 killing over 200 people.

Just this week, two governors, Babagana Zullum and Bello Matawalle, in literally calling into question Buhari’s claims in the Channel’s interview, raised the alarm that Boko Haram was on the verge of overrunning their states in Zamfara and Borno. Security in the upper North of Nigeria has literally collapsed under the weight of local and international terrorism under Buhari.

For years, his administration refused to act forcefully, even refusing to call these insurgents by their proper name – choosing rather describe them as “bandits” instead of terrorists. For years, Buhari’s administration kept shielding the so-called ‘Fulani herdsmen’ – terrorists who had invaded the central region of Nigeria – the Middle Belt and parts of Nigeria’s South– burning villages, displacing people, killing, raping, and kidnapping in their wake and claiming territories.

One of the cruellest statements that will haunt Femi Adesina, the President’s Vuvuzela, all his life, and which was for long the clear official position of the Buhari administration, is his advice for long-settled Nigerians besieged by these “Fulani herdsmen,” to hand over their lands to the “herdsmen” or alternatively, “their lives.” Nigerians have never had it so rough. The greatest failure of the Buhari administration has been in the area of national security, in the sense that, today, no area of Nigeria, North-West, East and Central is safe.

Travelling from one part of Nigeria to another, once a routine experience in Nigeria, is, today, a major risk. You could be killed or kidnapped. The sum effect is a nation under siege. Its internal regional borders closing. The stress on these forms of national interchange and communication disrupts exchange – economic and cultural. Its impact on the economic growth of Nigeria is humongous.

The true fragmentation of Nigeria has been exacerbated under the watch of this President who promised Nigerians security but instead allowed a fierce wave of national violence to grow right before our very eyes.

The most despicable example is the government’ instigation of violence in the once peaceful East – the only part of Nigeria that was actually once peaceful until Buhari’s administration literally violated it – as if to create equal opportunity violence across Nigeria; as if to say, “how dare the East to enjoy peace when the rest of the nation is in violent eruption?” Buhari’s political allies have literally turned a once peaceful state like Imo into a local warfront, as a testing ground for militarizing the East, first using the false guise of fighting a new Biafra movement. Nigeria is bleeding.

Buhari promised Nigerians security but created an inferno instead.

But the most damned is his answer to the interviewer who asked him to compare the economy he inherited with what we have now.

Well, Buhari, in true form, trailed off in an excruciatingly painful, hyperreal response about going to the farm. I’m not sure the President understood the question or could do any better with his rather strange answers, but perhaps it was his own ploy at deflection because the facts are too stark, and he has nothing really to say other than stage powerful ignorance. I feel pity for Nigeria.

Whoever takes over from this President is in trouble, because he will inherit, not a breathing country, but a nation that might just have coded. Yet, one is also happy that Buhari became President. If God forbid, he had died in that accident in 2014, he would have been like Awo, the greatest President Nigeria never had.