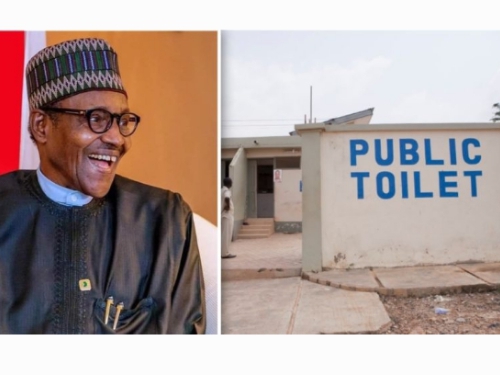 On Monday, the Minister of Environment for State, Sharon Ikeazor, disclosed this in Abuja while inaugurating the National Environmental Sanitation response to a cholera outbreak in Nigeria.

She explained that the government would construct the toilet with borehole and solar-powered pump in Bazango community, Kubwa, Bwari area council, currently the epicentre of the outbreak in the FCT.

According to her, the latest situation report from the Nigeria Centre for Disease Control (NCDC) released on August 17 indicated 37,498 suspected cases, including 1,149 deaths in 24 states and the FCT.

“Nigeria is currently experiencing cholera outbreaks in several parts of the country with reported cases of fatalities,” said the minister. “It is against this background today’s event is being organised to flag-off our response activities to the increasing rate of cholera cases across the country.”

She further explained that cholera symptoms “are watery diarrhoea, dehydration, pain in the abdomen, nausea, vomiting,” among others.

According to Ms Ikeazor, the cholera outbreak is a seasonal public health crisis in Nigeria, mostly during the rainy season and more often in areas with poor sanitation and hygiene practices.

The minister urged the government at all levels, development partners, media organisations, NGOs, and other relevant stakeholders to collaborate with the ministry for the effective implementation of environmental programmes.

Ms Ikeazor also noted that the committee would help control and prevent the spread of cholera and other sanitation-enabled diseases.

Michael Forson, Water Sanitation and Hygiene (WASH) manager at UNICEF, explained that the organisation would partner with government, civil society organisations, and other stakeholders to create safe water access.

Police confirm attempt to steal corpse of suspect from...