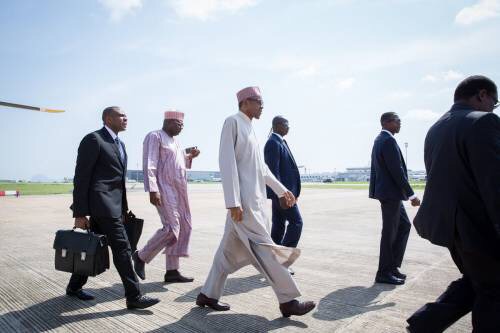 Borno is the epicentre of insurgency war in Nigeria.

A source in the Presidency told SaharaReporters that the planned visit is deliberately kept a secret because it is believed that the President will attract protests in the troubled state.

Borno and adjoining states have been at the end of incessant deadly attacks by terrorist groups–Boko Haram and the Islamic State West African Province (ISWAP), and many residents have grown frustrated with the Buhari government.

Ahead of his election in 2015, Buhari promised to defeat Boko Haram but six years into his government, that promise has not been fulfilled.

Borno is a stronghold of the ruling All Progressives Congress (APC), which won presidential elections in the state in 2015 and 2019.

“Buhari has a secret plan to visit Maiduguri this week but they don’t want to announce it to prevent a situation whereby protesters in Maiduguri will embarrass him,” the source said.

Protesters in February 2020 booed Buhari when he travelled to Maiduguri to “sympathise” with its residents over recent Boko Haram attacks.

A video circulated on social media showed hundreds of protesters on the road while the president’s convoy drove past.

“Buhari, we don’t like you. We don’t want you anymore,” some of the protesters chanted in Hausa.

On Saturday, June 12, there were protests in many states across the country, with protesters chanting ‘Buhari Must Go’, and lamenting worsening insecurity, poor living standard and other vital indices of national growth.

Buhari’s planned visit to Borno may be part of an alleged strategy developed by the Presidency for the President to leave the Presidential Villa, where he had been holed up for so long, a bit more, considering his dwindling popularity.

Last Thursday, the President was on Arise TV where he granted an interview.

He was also in Lagos to inaugurate the newly constructed Lagos-Ibadan Railway project.
And on Friday, he granted another interview to NTA, though as usual, making controversial statements in both interviews.