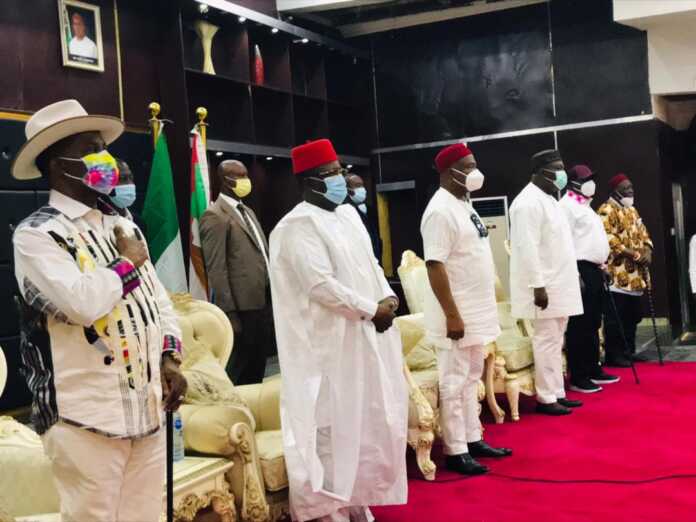 The South-East region has launched its own joint security outfit codenamed EBUBEAGU.

This was after governors and stakeholders of the region held a security meeting in Imo State today.

The governors of Anambra, Abia, Ebonyi, Imo and Enugu states were present at the meeting which also had in attendance Navy and Air Force Commanders, the Inspector-General of Police, Ohanaeze Ndigbo and other stakeholders.

Giving a brief detail on the outcome of the meeting, the Imo State Government revealed on its official Twitter handle that the governors of the South-East have set up a joint security outfit.

This comes a year after the Governors of the South-West launched the Western Nigeria Security Network codenamed Amotekun Corps.