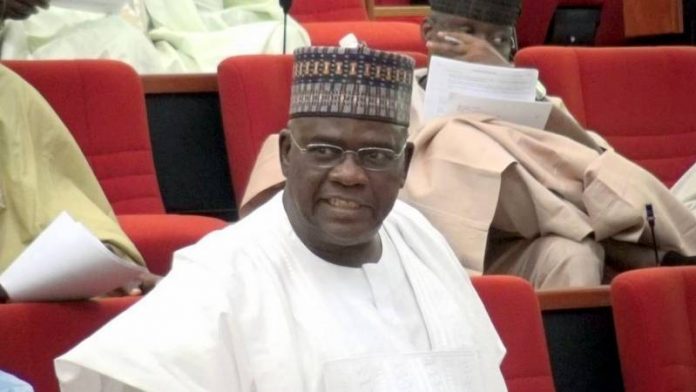 After meeting with President Muhammadu Buhari on Thursday, Senator Danjuma Goje, has backed out from the Senate Presidency race.

The president is currently meeting with the two main contenders for the Senate Presidency of the 9th Assembly,

Senate Leader, Ahmad Lawan and the chairman of the Senate Committee on Appropriations, Senator Danjuma Goje who are the key contenders for the senate presidency under the APC, met with President Buhari at the State House, Abuja.

Also attending the meeting is the governor of Kaduna state, Malam Nasir El-Rufai.  The meeting is coming days to the inauguration of the ninth assembly.

The ninth assembly is expected to be inaugurated on Tuesday. Our reporter notes that the meeting is still ongoing as at the time this story was filed.   Details later…