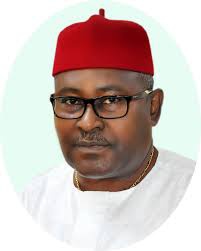 According to a family source, Ukpo died at the age of 74 in his Asi Ukpo Calabar Hospital on Monday morning after a brief illness,the Publisher Nigeria reports.

The late General was Minister of Information and Culture, then Governor of Rivers State, from August 1986 to July 1988.

Ukpo was born in Okpoma, Yala, Northern Cross River State, and rose through the ranks of the army to become a Brigadier General before retiring.

One dead as classroom collapses on three female students...