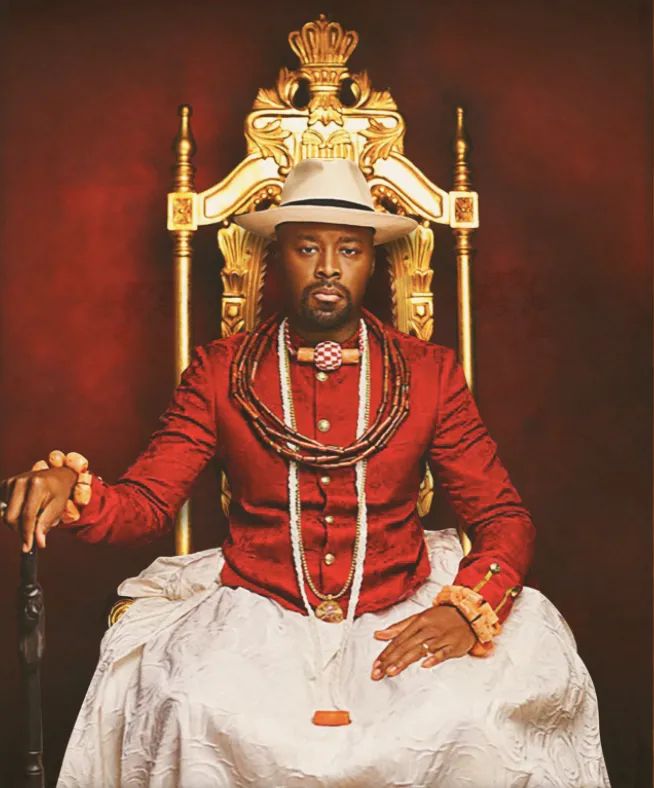 Yesterday marks the dawn of a new era in Itsekiri nation. The 21st Olu of Warri Kingdom has been crowned. He is Omoba Tsola Emiko, who is now being addressed as Ogiame Atuwatse III.

The development comes sequel to a series of activities lined up for the coronation of the monarch who ascended the throne on Saturday.

Such activities include colourful dance performances by various cultural groups and pleasant musical renditions from the Warri Royal Choir and Laz Ekwueme Orchestral, among others.

Shortly after he arrived at the venue of the coronation, all sons of Itesekiri were asked to remove their hats.

One of the high points of the event was the selection of a ceremonial sword by the Olu while being blindfolded among 20 others.

But one of the 21 swords which bear the names of his 20 predecessors is usually left unnamed.

According to the high chiefs in the kingdom, the monarch is expected to use the name of the predecessor he picks as his title throughout his reign as the 21st Olu.

In the event where he picks the sword that has no name attached to it, the monarch is at liberty to announce a new title or pick that of any of the predecessors of his choice.

Meanwhile, he performed three symbolic chores for the last time which included fetching water in a clay pot, splitting wood with an axe, and paddling a canoe.

After he took the oath of office and adopted a title for his reign, the Olu of Warri was crowned by the Uwangue of Warri, Chief Gabriel Awala.

If you’re not rich, to enjoy life have more wives – Says, husband who married two wives in same day