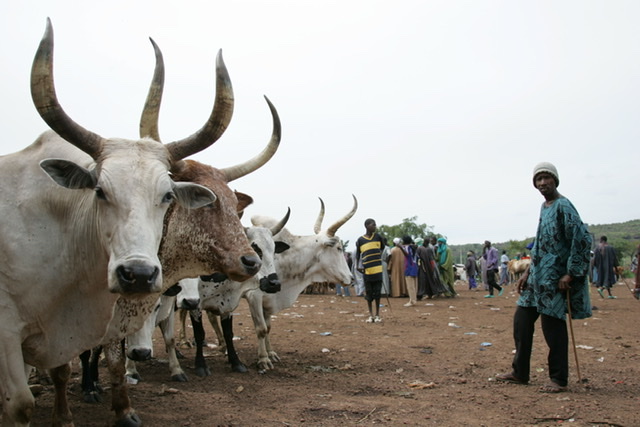 Residents of Yenagoa, the Bayelsa State capital yesterday groaned in frustration over the allege shutting down of the beef market following the invasion of the popular abattoir at Swali Market by members of notorious cult groups demanding for the sum of N1,000 before any cow can be slaughtered in the state.

NAIJA LIVE TV gathered that the notorious cult groups, identified as Bobos and Greanlanders were led by one Daddy boy known to be a loyalist to the member of the State House of Assembly representing Yenagoa constituency 1, Hon. Oboku Oforji and one Frank who is identified as the Unit leader of Greanlander in Swali and loyalists to a member of the State Peace and Conflict Resolution Committee, Hon. Timi Jacob.

It was gathered that the activities of the cult groups have been going on for over three months in the market with over N1.8million illegally collected from the members of the Butchers Association on numbers of cows delivered to the market.

A butcher, who pleaded anonymity, confirmed that the refusal of the transporters conveying cows to the abattoir denied Bayelsa residents of beef on Friday,” The drivers, who transport cow to the market refused to pay the illegal N1, 000 fee and did not delivered any cow to the market.”.

It was also gathered that the Swali community, which is known to be peaceful, has become haven for cult related activities and the market turning into armory for some known cult groups. The suspected cult groups have divided the Swali area for illegal collection of levies and taxes including N5,000 levy imposed on local boat operators.

It was gathered that the movement of the cow by the transporters started after the implementation of the anti-open grazing by the state Government. But the recent crisis of illegal extortion by suspected cultists started on Monday.

Sources within the Bayelsa State Government confirmed that the Illegal collection of levy by the suspected cult groups is known to the State Commissioners of Trade and Investment, Hon. Federal Otokito, his Agriculture counterpart, Hon. David Alagoa and the Special Adviser on Security to the Governor, Agberebi Akpoebi. The leadership of the State Vigilante Service led Doubiye Alagba and Bayelsa Volunteers Service led by Lucky Asanakpo have refused to rise to the challenge and tackle the rising crime in Swali community.

“These supervising State Ministries and the SA, Security are treating the matter with levity and informing the State Governor that all is well. All is not well. These cult boys are threatening us with guns. We are calling on the state Governor, the Police and the residents to help us. We don’t want to die in the hands of these boys.”

It was gathered that several complaints to the supervising State Ministries and the SA, Security have been treated with levity. Members of the Butchers Association confirmed to NAIJA LIVE TV that there may not be beef sales for two weeks until the State Governor, Gov. Douye Diri intervened.