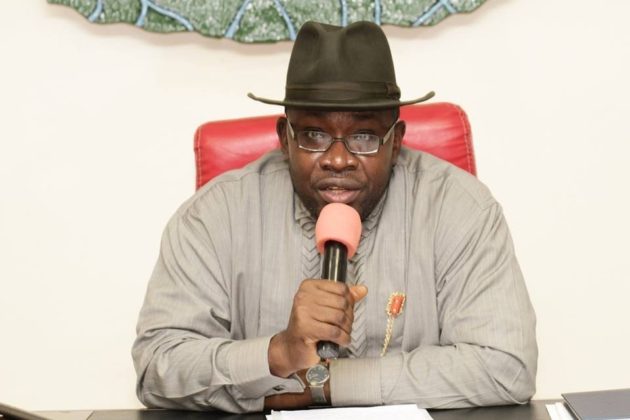 The Bayelsa State Government has announced the receipt of N24.16 billion from the Paris Club debt refund.

The Commissioner for Information and Orientation, Mr. Markson Iworiso-Markson made the disclosure in a statement on Monday.

He said that the State Governor, the Honourable Henry Seriake Dickson had directed immediate payment of two out of the outstanding three months salary arrears to workers and four out seven months pension arrears in the state.

Iworiso-Markson described the recent N800 billion debt claim by the Minister of State for Agriculture, Mr. Heineken Lokpobiri, as disgraceful and unexpected of a person occupying his exalted position.

He said that it was queer and indeed sad that a Minister could quote wild debt figures with the intent to mislead the public and discredit the government.

The commissioner said that while the state government got N21.94 billion, the local government areas received N2.22 billion.

He stressed that the state government decided to make the Paris Club Debt public in consonance with the prevailing policy of transparency and accountability for which administration is reputed.

He explained that the government would commit N8 billion of the total receipts to the payment of outstanding salary arrears and pension.

On the issue of the N800 billion debt claim by Lokobiri, Iworiso-Markson, said that the unsubstantiated figure was inconceivable as it conflicted with the authoritative figure from the Debt Management Office which put the state debt portfolio at N123 billion.

According to him, while the government was dedicated to the continuous execution of big ticket projects, it condemns in strong terms the deliberate misinformation of the public with the intent to score non existent and impossible political advantage.

The commissioner challenged Lokpobiri to inform Bayelsans of the number of projects he had attracted to the state as minister whose party was in control of government at the national level.

He said, “The Debt Management Office, (a federal Institution) in its June 2018 report stated that the debt portfolio of the state was N123 billion. This figure includes contingent liabilities which included contract payments and pension obligations.

“While the government is making every effort to achieve massive developmental strides in every area, government wish to condemn the unguarded statements of some highly placed individuals.

“The recent unsubstantiated statement of the Minister of State for Agriculture that the State is owing N800 billion is disappointing of someone of his high office and indeed disgraceful. As a minster for agriculture, he needs to inform Bayelsans of the impact he has made even in his local government area.

“We advise Lokpobiri to educate himself or engage a brilliant young graduate to assist him.”

The Commissioner recalled the recent rating by BudgiT, a budget transparency advocacy group sponsored by Bill and Melinda Gates Foundation, which placed Bayelsa among one of the three most fiscally stable states in Nigeria.

He stressed that the Budgit rating was a confirmation of the responsiveness of the state government and its efforts and policies in promoting transparency, accountability and prudent utilization of the scarce resources of the state in spite of its low internally generated revenue.