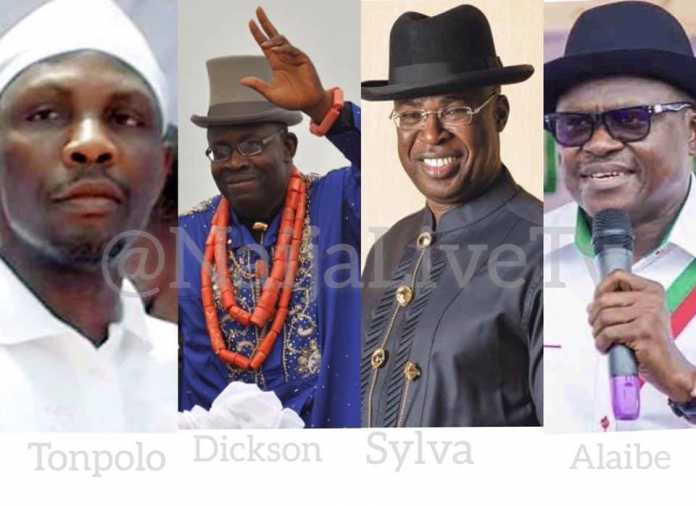 The crisis rocking the Bayelsa state chapter of the Peoples Democratic Party (PDP) over the emergence of Senator Douye Diri as the party’s governorship candidate appears to have deepened.

One of the frontline aspirants who was considered a favourite for the governorship ticket of the PDP and erstwhile  Managing Director of the Niger Delta Development Commission (NDDC), Mr Timi Alaibe has reportedly been approached by the Minister of State for Petroleum, Timipre Sylva to back the candidate of the All Progressives Congress (APC), Chief  David Lyon.

Sylva is said not to be alone in this pressure game on Alaibe. Former leader of the defunct Movement for the Emancipation of the Niger Delta (MEND), Chief Government Ekpomupolo otherwise known as Tompolo, has also sent emissaries to the former helmsman of the NDDC to help Sylva deliver the state to APC.

Although Tompolo is from Delta state, he unarguably, has firm control of the exmilitants, especially in Southern Ijaw local government area of Bayelsa state. Lyon hails from there and was largely responsible alongside Tompolo, for the inroads made into the area by Governor Dickson in the 2015 governorship election.

This development comes on the heels of the controversy generated by the choice of Senator Lawrence Ewrujakpor who represents Bayelsa west in the Senate as running mate to Douye Diri in the November 16 election.

Angered by the choice of the senator who represents Governor Seriake Dickson’s senatorial district, stakeholders of the PDP from Ogbia, the enclave of former President  Goodluck Jonathan have resolved to work against the PDP.

A source close to the party in Bayelsa told our correspondent in confidence that baring any last minute change in plans, Sylva and Alaibe will meet within the week woth representatives of Tompolo in attendance.

The state governor and chief promoter of the Diri project Seriake Dickson who is believed to be disturbed by the development was reported to have facilitated the meeting between a delegation of some PDP governors led by Governor Aminu Waziri Tambuwal of Sokoto state and the Rivers state governor, Nyesom Wike. The Rivers state governor was strong backer of Alaibe until the outcome of the primary that produced Diri.

“There is no way the PDP will survive this onslaught that is coming from virtually all angles. It was avoidable but because the governor is selfish, he is not listening to anybody  not even the former President is seen as someone by Dickson.

”Right now, we are aware that Sylva has been sending people to met Alaibe and you know what Stlva holds today is enormous to patronise someone like Alaibe. Not only Sylva is on his neck, Tompolo is also sending people to the man because right now, Sylva and Tompolo are friends.

”That is the reason Sylva is pushing for one Tompolos boys called Dennis Otuaro to be Amnesty chairman. Apart from that, Tompolo has already recommended someone to the executive director-designate, finance and administrative of the NDDC, Maxwell Okoh as a senior aide.

”All these means that a lot of work has gone ahead of the PDP in Bayelsa state and they are still dragging the issue of running mate which the governor has decided to solely decide without input from former president Jonathan.

”If care is not taken, the PDP will lose because already, all the Ogbia stakeholders led by Chief Johnny  Turnar have resolved that if the governor has his way, they will remain in the PDP and work against it.

JUST IN: Douye Tenure May End Soon, As APC...