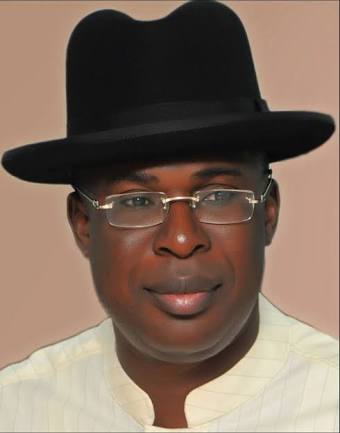 The Bayelsa State Government has accused a Chieftain of the All Progressives Congress and a former Governor of the State, Chief Timipre Sylva, of sponsoring acts of destabilization in the state.

The Special Adviser on Security, Dr. Boma Spero-Jack, described Sylva as an agent of destabilization against Bayelsa and the Ijaw nation in a statement on Wednesday.

Spero-Jack advised the youth populace and all well meaning members of the society to be wary of the former Governor who, according to him, had sponsored protests with the sole intent to blackmail and intimidate the security community.

According to him, Sylva, as a former governor, has neither contributed nor supported the efforts to develop his own state.

He said, “The Bayelsa State Government wishes to draw attention to destructive antics of former Governor Timipre Sylva who has remained an agent of destabilization of the state and the Ijaw Nation since he lost election.

“He has never contributed one bit to the development of this state from his APC government. He never supports any developmental efforts in the state. From the time he lost his re-election bid, he has spared no effort to undermine, subvert and create instability in the state.

“He compromises security officials; he intimidates them, and when he cannot, he blackmails them. So, we are aware of the blackmail against security operatives in the state by Sylva. He has sponsored protest with the intent to blackmail the law enforcement community.”

Spero-Jack urged security operatives to give the deserved attention to the acts of destabilization being sponsored against the state by the former governor.

The Security Adviser who said that the actions of the former governor now bordered on subversion warned that the government would take formal steps to address the situation.

He stressed that the government had shown enough tolerance on Sylva’s persistent bid to destabilize the state.

Speaking also on the recent crisis which engulfed the university community of Amassoma, Spero-Jack said that the government would ensure a holistic investigation to unravel the sponsors of the crisis, the character of those who died in the mayhem and the general causes of the crisis

He added that the panel of investigation would also uncover the magnitude of vandalization carried out by those who attacked the school.

“Government would carry out holistic investigation into the Amassoma crisis. The steps government would take would unravel the real sponsors of the mayhem and the nature and character of the people who lost their lives.

“It would also expose the magnitude of the vandalization and generally the circumstances that led to the crisis,” he added.

Spero-Jack further said that Sylva had been unrepentant in his plan to destabilize Bayelsa State since he lost the suit he filed at the Supreme Court against Governor Dickson’s election.

He urged the youths to be wary of the politician and not to allow themselves to be used for any subversive action in Yenagoa and in Abuja.