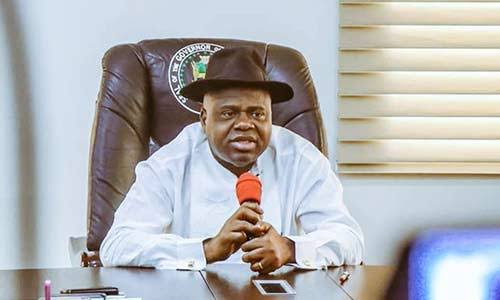 Bayelsa State government has said that there was no going back on the ongoing demolition of illegal structures in pursuit of its urban renewal project.

It will be recalled that the Bayelsa State COVID-19 Task Force chaired by Governor Douye Diri, had in the past weeks demolished illegal structures at Swali and Etegwe areas of Yenagoa, the state capital.

The permanent secretary, Ministry of Information, Mr Freston Akpor, in a statement made available to the News Agency of Nigeria (NAN) in Yenagoa, urged residents to disregard speculations that the task force would be influenced to back down.

Akpor, who is also a member of the COVID-19 Task Force in Bayelsa, said that a fraudulent syndicate was obtaining money from unsuspecting traders and landlords, while promising them that they would facilitate de-listing of their property from those slated for demolition.

“Landlords and traders in Yenagoa, have been cautioned to be mindful of fraudsters promising to protect their illegal structures from removal by the security sub-committee of the task force on COVID-19.

“The warning is coming against the backdrop of reports of persons claiming they can influence members of the task force against the removal of their illegal structures marked for demolition.

“Some unsuspecting members of the public, who have already fallen prey to the fraudsters, were allegedly told to pay some amount of money to protect their structures that were eventually removed.

“The fraudsters are apparently taking advantage of the exercise at Swali market, Etegwe and Edepie illegal markets by Tombia Roundabout to defraud gullible landlords and traders.

“For the avoidance of doubt, the task force is not under the influence of any person or group of persons and it takes directives only from the governor of the state or his representatives.

“Owners of illegal structures identified for removal will not only be given prior notice, but has been asked to remove them before the commencement of any action.

“The task force has not and do not have any reason to engage the services of person (s) to collect money from anyone on its behalf thus, wants concerned members of the public to report suspected fraudsters to the police for arrest and subsequent prosecution,” Akpor said.

The government advised landlords and shop owners of illegal structures and unapproved extensions on buildings, particularly on major roads in the state capital to remove such structures to avoid forceful demolition by the task force soon.

Also, traders at Igbogene, Okaka and Opolo markets as well as Opolo Roundabout are advised to remove all their illegal structures immediately as the task force would soon move in to remove such structures as part of the urban renewal plans by government.