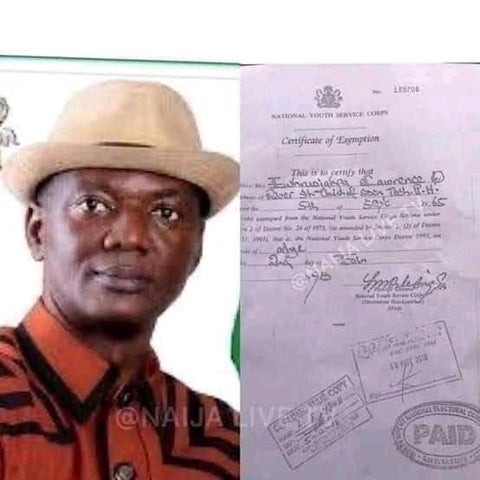 Lagos-based legal practitioner, Mr. David Babalola has described the continued sitting of the Bayelsa State Election Petition Tribunal as an affront on the ruling of the Supreme Court on the state governorship election.

Consequently, Senator Diri and Senator Lawrence Ewuhrudjakpo were sworn-in as governor and deputy governor of Bayelsa State. However, Mr. Babalola is questioning the rationale behind the election tribunal inviting the deputy governor to answer allegations bordering on his National Youth Service Corps, NYSC, exemption certificate.

“I recall that the Supreme Court in disqualifying the APC candidates in the last governorship election clearly stated that only the issuing authority of any certificate can alter or make any correction on the certificate. In this instance, the issuing authority which is the NYSC had admitted that the tribunal misspelt the deputy governor’s name and at the latter’s instance had gone ahead to effect the correction.

‘‘This fact was what the DSS relied upon in its testimony before the tribunal to clear Senator Ewuhrudjakpo of any wrong doing.”

The legal practitioner also maintained that there is no duly constituted election tribunal for Bayelsa State in respect of the November 16, 2019 election. According to him, “by law, the constitutional six months for filing and determination of the election had elapsed.

“How can there be a valid petition against the current holders of the office of governor and deputy governor of Bayelsa State in the light of the above?” He argued that the Court of Appeal cannot by any stretch of the imagination constitute an election petition tribunal for Bayelsa State when same has since been extinguished by virtue of the fact of petition.

On the allegation of fake NYSC exemption certificate of the deputy governor, Mr. Babalola said it “is no longer a life issue being a pre-election matter which by Section 285 (9) ought to have been litigated within 14 days of the occurrence of the event.’’ He said that the Supreme Court’s recent pronouncement on Atiku vs Buhari suffices where it stated unambiguously that the issue of qualification is a pre-election issue.

Babalola maintained that by the authority of the Supreme Court’s pronouncement, the election tribunal “is completely robbed of jurisdiction to entertain the claim.’’

The legal practitioner was also of the opinion that the deputy governor cannot waive his immunity to appear before the election tribunal, adding that no court can compel his appearance.

“The only way such immunity can be waived is only when he resigns from office. There cannot be a deputy governor in abeyance. For the avoidance of doubt see Section 308 of the 1999 constitution as amended,” he contended