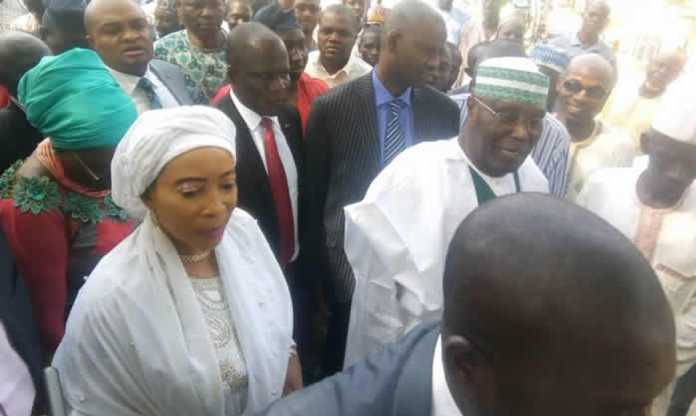 The 13th petitioners’ witness, Audu Sani, told the Presidential Election Petition Tribunal, on Tuesday that he could not remember the date of the last presidential election, Punch Metro reports.

Sani, who was the Peoples Democratic Party’s collation agent in Lapai Local Government Area of Niger State for the presidential election, had alleged that there were incessant incidents of thuggery and sporadic shootings in many parts of the area, preventing and disrupting voting.

The witness appeared before the five-man panel led by Justice Garba Usman, to testify at the instance of the PDP, and its presidential candidate, Alhaji Atiku Abubakar, who are challenging the victory of President Muhammadu Buhari at the February 23 poll.

He said, under cross-examination, that he submitted the results he collated in his local government to the state collation agent of his party.

Asked by the All Progressives Congress’ lawyer, Lateef Fagbemi (SAN), when he submitted the results, he said he did on “the 26th”.

Asked when did the election hold he said “23rd”.

When asked to mention the month, he said, “I cannot remember.”

Crime Watch SAINT MIENPAMO - May 31, 2020 - 6:14 pm
0
The Students union body of the Niger Delta Students Union Government (NIDSUG) across the Nine States in the region has condemned...