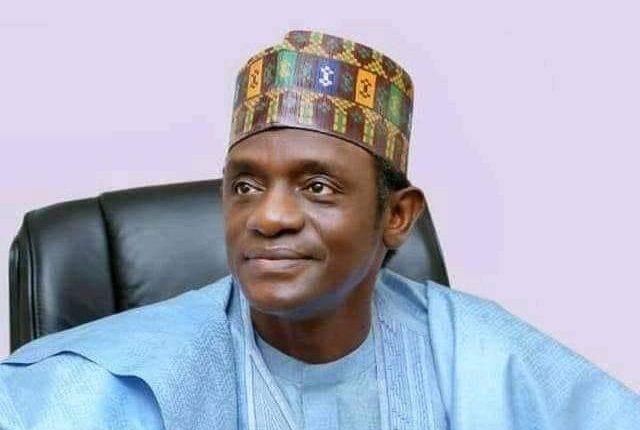 •Lose 9 out of 13 cases •Rivers court to rule Tuesday •Party has wrecked itself, Buni’s committee, an aberration —Law Professor

THE contentious position of the Supreme Court that courts lack jurisdiction on political party leadership cases, has put those in opposition to the national caretaker committee of the governing All Progressives Congress (APC), in a quandary, Sunday Tribune has learnt.

Several judicial efforts to rid the national secretariat of the party in Abuja of Governor Mai Mala Buni and his committee members, have mainly ended in futility as court after court yielded ground to the ruling of the apex court, in the majority decision in Governor Rotimi Akeredolu, SAN, and his challenger in the Ondo State governorship election, Rotimi Jegede, SAN.

What makes the pronouncement more poignant is the stance of the apex court that the supremacy of political parties in determining their internal affairs is still unquestionable even when the constitution of the party is seemingly wrongly applied.

A lawyer to the Buni leadership, who craved anonymity because the time wasn’t ripe to comment publicly on the judicial contests across courts, informed Sunday Tribune at the weekend of about 13 cases challenging the legality of the caretaker committee.

The source noted that about nine of the cases had been won, while others are pending before courts in various state judicial divisions.

In Delta State alone, about five of such cases were reportedly decided against those seeking the backing of Buni and other members of the body, functioning as an alternate National Working Committee (NWC).

It was learnt that most of the judicial wins for the Buni’s legal team had come at the preliminary objection stage of proceedings, because no lower court was ready to go against the Supreme Court decision.

The controversial position of the apex court, which seems to have strengthened the hand of the caretaker committee on the national leadership of the party, is contained in Pages 43 and 45 of the majority judgment.

Though the cases were couched differently, the lawyer said they were all seeking similar relief which was to have Buni’s committee declared illegal and its compo- sition, a breach of the ruling party’s constitution.

In all the cases, it was learnt that the chairman, Governor Buni of Yobe State and the secretary, John James Udo-Edehe, were joined as parties.

Another matter before the Federal High Court in Port-Harcourt, capital of Riv- ers State, is up for ruling on Tuesday.

Three cabinet ministers in the administration of Pres- ident Muhammadu Buhari and a major leader of the party, whose ambitions are reportedly being threatened by the continued stay of the caretaker committee in office, have been fingered as the arrow heads of the judicial contests against the Buni leadership.

Despite the seeming judicial roadblock against those seeking the ouster of the caretaker committee, a professor of Law, Najeem .A. Ijaiya, in a lengthy op-ed, detailed the legal quagmire the party had allegedly boxed itself into.

Titled, APC and self-inflicted political suicide, Ijaiya, argued on multiple legal fronts that the Buni leadership is a contraption that would not stand judicial scrutiny.

“The appointment of Governor Mala Buni is irregular and is not in every material particularly in compliance with the APC Constitution because there was no National Executive Committee of the party or National Working Committee known to the Constitution of the party at the purported meeting held on June, 2020 at the Presidential Villa. Contrary to the opinion of the Federal Attorney General and Minister of Justice in paragraph 16, the party does not need to wait for the court to pronounce the Buni’s Chairmanship of the CEPCC as illegal before the party does the right thing and act in accordance with the party’s constitution,” he reasoned.

Concluding, the academic noted, “The provisions of the party’s Constitution and 1999 Constitution of the Federal Republic of Nigeria are clear and unambiguous and more particularly, the party’s constitution leaves no one in doubt.

“The candidate of the Peoples Democratic Party (PDP), Mr Eyitayo Jegede, had gone to court to challenge the legal validity of MrRotimiAkeredolu’s nomination by the National Caretaker Committee of the APC headed by Buni on the sole ground that he was not properly nominated by his party.

“It should be noted that apart from Mai Mala Buni, there are three other governors in this committee in violation of the party’s constitution and the 1999 Constitution of the Federal Republic of Nigeria (As Amended).

“The Supreme Court ruled through the majority decision that non-joinder of Mai MalaBuni as a party to the matter proved fatal to Jegede’s case but acknowledging that the issue raised by the appellants had merit and constitutional implication.

“With due respect, I disagree with the majority decision because this is an election petition and which is properly constituted with all the necessary parties:- the parties, candidates and INEC. The chairman of the party is not a necessary party in an election petition. The issue to be determined is whether Akeredolu was properly nominated. The sponsorship envisaged by section 177(c) of the 1999 constitution is a sponsorship not tainted with a constitutional violation in the nomination of a candidate by the party.”

Knocking those he tagged desperadoes within the party who are allegedly embracing the illegality of the Buni leadership without questions, Ijaya said, The CECPC set-up by Buhari after the illegal dissolution of the National Executive Committee/National Working Committee is illegal. The chairman of the committee, Governor Mai Mala Buni is violating the constitution of Nigeria and that of his party.

“Responsible party members have spoken. Senator Ita Enang had said that the survival of the party depends on how quickly the party can get rid of Mai MalaBuni Caretaker Committee. The pioneer chairman of defunct Congress for Progressive Change, Senator RufaiHanga stated rightly that the party now is “technically non-existent”.

There are several cases in court challenging the congresses and party registration conducted by the caretaker committee and the legality of the CECPC led by Mai Bala Buni, even by the opposition parties. But for the power mongers, everything is fair and good.

“From the totality of the above references to the constitution of the party, the meeting held on June, 2020 at the presidential villa failed in its totality to comply with the provisions of the party’s constitution. So all deliberations and decisions taken on that day were a nullity. So the purported dissolution of the National Executive Committee and the National Working Committee and the composition of the 13-man Caretaker/ Extraordinary Convention Planning Committee CECPC led by Governor Mai BalaBuni of Yobe State were a nullity.

“The President’s appeal in the recent interviews is belated. The horse has bolted because it is too late to lock the gate. The All Progressive Congress is already in the Intensive Care Unit (ICU) waiting for its death and disgraceful burial. If All Progress Congress think it can intimidate or manipulate the Judiciary, it will fail.”