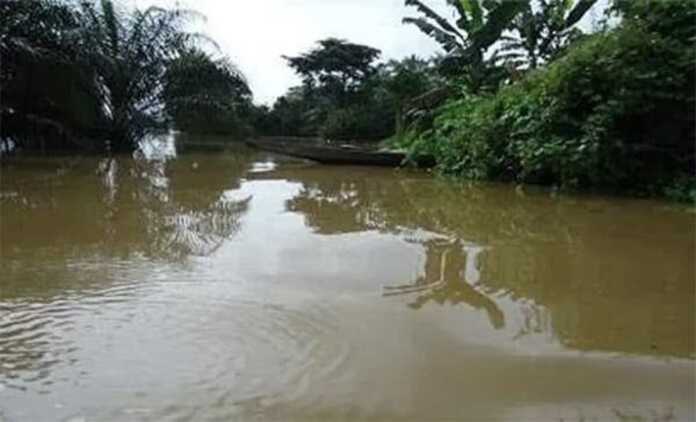 FOR the family of Mr. Kingsley Obasuyi and his wife who hails from Ondo State, the New Year came with sorrow and anxiety as the whereabouts of their 11-year-old only daughter, Victory, remain unknown after visiting Ogiso River on January 4, 2021.

She went with the children of their neigbhour to the river where she allegedly drowned.

But the parents believe that one Sweet Otakpolo popularly called Madam Sweet is culpable in the disappearance of their child.

They also accused the police of being compromised in their investigation which they said is being tilted against them.

My daughter was taken away

A distraught Obasuyi narrated his experience to Sunday Vanguard: “On January 4, 2021, my 11-year- old only daughter, Victory Obasuyi, was taken to Ikpoba River by Ogiso Street, Benin City, by one Madam Sweet. She came all the way from Aduwawa to visit her friend who is also my neighbour, one Mrs. Sandra Iyore Asemota.

”Madam Sweet took white gallon to fetch water from the Ikpoba River and took some children along with her.

”When they were going to the river, they didn’t inform my wife that they were taking our daughter along.

When my wife asked Mrs. Sandra Iyore Asemota where our daughter was she said our daughter and some children accompanied Madam Sweet to the river.

”Madam Sweet, Iyore Asemota and their cohorts came up with an absurd story that our only beloved daughter fell inside Ikpoba River, at the Ogiso Water Side. We ran to the river to look for my daughter, but we have not found her up until now.

”We have not seen our beloved daughter and we are in pain. The police officer in charge of legal is trying to cover up the actions of those who are responsible for what happened to our daughter because we are poor.

”We even brought some traditional persons, who also said nobody died in the river. They all asked us to tell the people who took our child to the River to produce our child as they know what happened to her.

”The police officer investigating the matter told us to go.

”We call on the Inspector General of Police to send a special squad to Edo State Police Command to take over the case.

”I call on the whole world to help us intervene in this matter.

”It took the intervention of well-meaning Nigerians to get the Police authorities in Edo State to take the matter from IPO Edohen. It was given to OC Legal who is even continuing the trend of the former IPO. I will fight until I get my child back”.

Public Relations Officer,PRO, of Edo State Police Command, DSP Chidi Nwabuzor, who confirmed the incident, said some of the suspects were arrested but granted administrative bail while investigations were ongoing.

”The command is aware of the case of the missing child, Victory. I want to say that the matter is under the State Criminal Investigation Department, SCID. A handful of suspects have been arrested during the course of the investigation. They were given administrative bail and the case is still ongoing.

The main suspects, Madam Sweet, in a video that has gone viral on social media, denied involvement in the matter.

She stated: “After Christmas, my friend Sandra asked me to visit her at home, which I did and she hosted me. When we got to Ogiso my friend said she heard my children and her children discussing that they wanted to go to the river. When I came out, I didn’t see any of them, so I went to the river where I saw Rachel, Christabel, Mercy and Precious.

”I also saw four other children in the river on the other side. My children were bathing at the bank of the river. All of a sudden, I heard someone shouting that someone was drowning. Even a fisherman in a boat attempted to save the drowning girl. Only for the brother of Victory to run home and tell the parents.

”I was shocked when the parents of the girl came with a large crowd and started beating me. They tied my hands and wanted to set me ablaze. It took the intervention of the police to rescue me from the mob. I am a mother. I have never killed before in my life.”

40 Years After: Plateau Still Looking For Investors To...