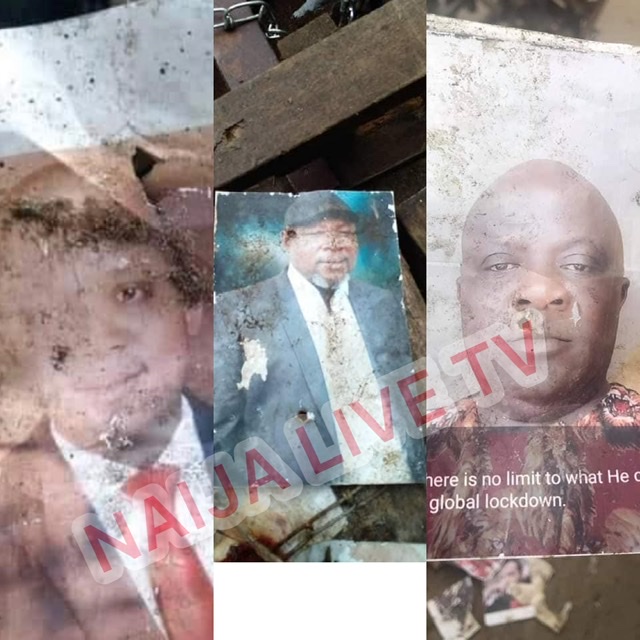 A Delta State Native/Witch Doctor who lived in Edeoha in Upata Ekpeye in Rivers State was caught burying a 3months old child alive and when confronted and beaten to confess, he disappeared.

On getting to his house/Shrine over 100’s of pictures of Prominent Nigerians were discovered nailed, tied and chained, to different places.

Padlocks were in chains littered everywhere tied to people’s pictures. The dead 3months old baby was dung up.

The angry youths tried all they could to burn down his building in order to set victims in chains free but the building couldn’t catch fire so they broke it down instead.

On gaining entrance to the building, it was discovered that So many items and unimaginable things were found there, and majority of those whose pictures were found there are all dead in real life with many of them in a very unkept condition.

NAIJA LIVE TV gathered that most of those blind and with stroke in the community whose pictures were found in the building regained their freedom.

SEE PHOTOS OF THE INCIDENT….