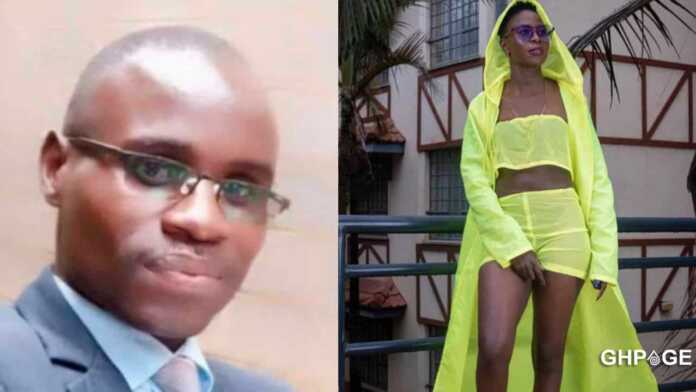 A military man has unfortunately been killed after his wife bit him during a fight that broke out between the lovers in Kenya.

Medical reports confirmed the husband identified Daniel Omollo Onyango and aged 37, died as a result of low oxygen concentration in the blood after he was bitten by his 27-year-old wife, Violet Asale Emu.

According to police report, the clash began on Sunday morning, April 4, just few minutes after midnight at their two-bedroom house in Kahawa Wendani.

Initial investigation revealed that the deceased had upon learning that his wife had rented a one-bedroom apartment was furious thus questioned the wife which broke into a fight.

“So angry was the officer that he refused to partake the night’s dinner. This led to an argument resulting in a physical fight at about 1 am in which the deceased bit his wife on the shoulder. The wife also bit the deceased’s finger, right side of the chest and back of the shoulder,” an investigator told Newsmen.

“We did not understand what they were arguing about but they have lately been having issues,” a neighbor added.

We asked them what had happened and they said the couple had fought and that they needed a car to take the officer to the hospital,” another neighbor told Newsmen.

At the time, the deceased’s wife had already contacted Kahawa Garrison’s health centre requesting for an ambulance to drive her husband to the clinic.

“They travelled to the hospital with this car (a Toyota Vitz), but before they could get to the hospital, they met the ambulance rushing to the house and had the nurse check on the officer. The nurse pronounced him dead and asked them to go back home with the body and call the police,” another witness narrated.

“Realising he had developed convulsions and was sliding to his death, the wife rushed him to Kahawa Garrison Health Centre but it was too late to save his life. His body was cold and without a pulse,” DCI George Kinoti said on Twitter.